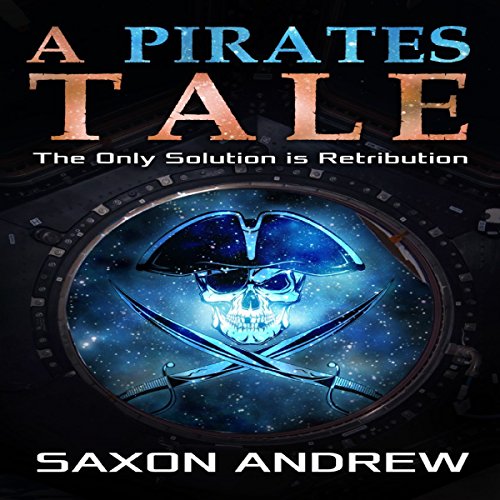 Leonidas Piper watched from the surface of Jergan as the warship he was serving on with his best friend was blasted into rubble by John Blakely's Pirate Fleet. That warship was all they had left after the Unity Government disbanded their mercenary legion. Now nothing remained of it but gas and debris in orbit above Jergan. Two years later fate stepped in again; Leonidas was on a commercial Starliner traveling to Kellinger when it was stopped and boarded by a crew of pirates led by John Blakely. Blakely murdered three passengers but failed to acquire the code to open the Starliner's safe. He was forced to leave empty handed.

Leonidas is approached after the attack by a young woman offering to pay him to go after and kill Blakely for the murder of two of her family members, which is exactly what Leonidas was planning all along; he owed Blakely for Mark's death.

However, things get complicated quickly when he learns the identity of this passenger, along with the contents of the wall safe. In no time at all, he and his benefactor are running for their lives and escape doesn't look good.

A Pirate's Tale takes place in the Filament Universe and it doesn't take long to determine that knowing who the good and bad guys are is nearly impossible. The twists and turns will keep you guessing and leave you wondering if the only solution is retribution.

What listeners say about A Pirate's Tale

Great book, loved the way you added the bar scene in out of Gregors Run. hope to see other crossover scenes in future novels.

I only made it 2 hours

Might be an ok story but I couldn't get past the narration. James T Kirk meets Jason Bourne. I'm getting a refund.