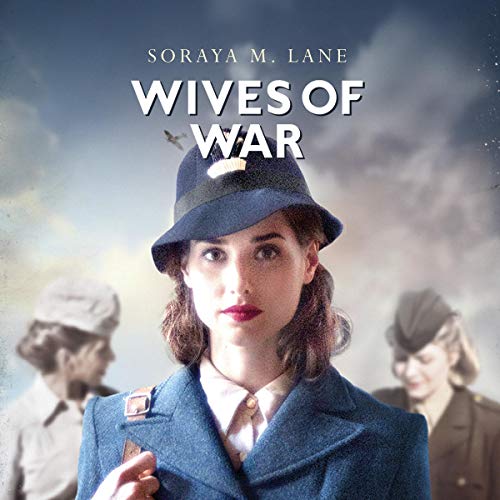 London, 1944. Two young nurses meet at a train station with a common purpose: to join the war effort. Scarlet longs for the chance to find her missing fiancé, Thomas, and to prove to her family - and to herself - that she's stronger than everybody thinks. Nursing is in Ellie's blood, but her humble background is vastly different from Scarlet's privileged upbringing. Though Ellie puts on a brave face, she's just as nervous as Scarlet about what awaits them in France.

In Normandy, the two friends soon encounter the seemingly unflappable Lucy. Scarlet and Ellie are in awe of her courage and competence, but the experienced nurse is well aware of the dangers of the job they've chosen - and even she is terrified they won't make it home alive.

Pushed to their limits by the brutality of a world at war, Scarlet, Ellie and Lucy will need to rely on each other - and the power of their friendship - to survive.

What listeners say about Wives of War

I like the story - I got the audio free with my Kindle Unlimited version of the book, so I listened to some of it. The story is quite good, I'm not far into it but will keep going as I enjoyed Hearts of Resistance and am hoping this book by the same author is as good.
The audio voice though is terrible - whilst narrating she sounds bored and stilted and the Irish accent is just plain annoying!
I won't be listening to any more of that!!

The narrator sounded like a computer. Dreadful. Gave up in the first chapter. Shame as I’m sure would have been a lovely story.

How on earth was Heather Wilds given the job of narrator? Her boring monotonous voice was painful to listen to. I couldn't even mange to get to the end of the first chapter. My computer speaks more "human" than this woman! Does she not understand that there should be a pause at the end of each sentance? This has got to be THE WORST NARRATED BOOK I have ever listened to.......and I've heard some dredful ones in the past but Heather Wilds goes to the top of my list of narrators who I never want to hear again......Absolutely dreadful!

What did you like most about Wives of War?

About the young nurses from different backgrounds

Which character – as performed by Heather Wilds – was your favourite?

The story line was nothing out of the ordinary but flowed well. The narrator had a deathly boring monotonous voice...it would have been better to have read the book.

Quite a nice story but found the narrator annoying. She sounded like a computer. Hardly any expression in her voice. I think it would have been better to have read it.

only read 3 chapters the voice of the narrator

Not very gripping, to wishy washy. It didn't have enough storylines to keep you hanging on.

This is a very nicely written but predictable story, primarily focused on the romantic lives of the characters. A nice holiday read but shallow.

An average book which I actually enjoyed. However...

The narrator was poor. I have listened to other books she has read and I didn't enjoy them either. Sadly, a poor narrator is a detriment to a decent book. This happened in this case.

Also, this entire book was predictable. There was no real angst and, given the war setting, there should have been a lot. The end of each nurse's story was way too clean - if that's the right term. How did Scarlet ever find Thomas and meet James in the combat theater? Unbelievable!

All that being said, I enjoyed this as an interesting WWII story. I have a soft spot for military nurses as my mother served in WWII as a Navy nurse. If one just enjoys the story it's quite interesting.

I was disappointed because I could guess every plot line in advance. Also some parts were quite drawn out and I kept wishing for the story to move forward.

Could not get past the narrator, had to return the book because of the way it was read.

I really wanted to enjoy

Narrator: The narrator's voice starts out okay. I love a good British accent, but it starts to grate with weird pauses between what someone says and "she said" or "he said" with an odd lilt to her voice.

Story: I really wanted to like this and I've enjoyed similar storylines previously.
Overall it was okay and interesting 3 storylines woven into one, but I struggled to push through the middle as it drug on a bit.

The narrator was not doing the story justice. Very badly performed. Almost returned it because of the narrator.

I loved the characters this author created; however, there was a lot of repetition it seemed -- explaining character's emotions or reactions three different ways before moving on -- that threatened to drag the story to a complete halt. Part of the blame goes to the narrator who used a sing-songy delivery throughout the entire book. She sounded bored like she was reading the New York City phone book, White pages at that. I will have to remember this narrators name so that I will not have to endure another book read like this again.

I really cannot address the story as the narration was so bad that I couldn't get past the second chapter.

had a hard time enjoying the story because the reader was so bad. punctuation is a beautiful thing.

An avid listener, I could not take more than 2 hours of this narrator's voice. She ends EVERY SINGLE NON-QUOTATION SENTENCE EXACTLY THE SAME. It was so distracting and sing-songy, I cannot listen one more minute. I may like the story, but an actual read will have to wait until a vacation.

This is a great story telling of the bravery and development of a deep friendship of 3 military nurses during WWII. Their are many stories of the bravery of men for this historic periodic time in history but few about the women in this time and what they went through. Excellent book!