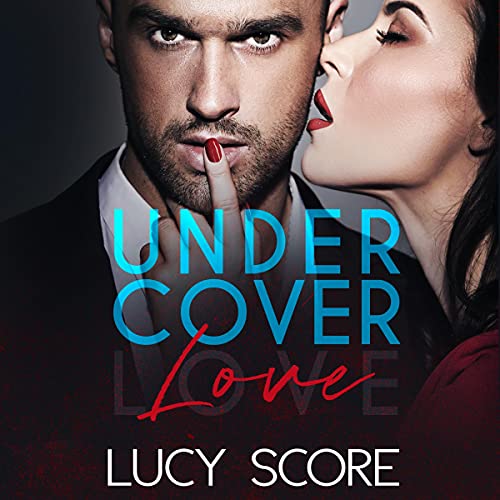 By: Lucy Score
Narrated by: Sophie Daniels
Try for £0.00

“I’m confused. Do you want me to spy on my fiancé or get naked with you?“

"Both. I thought that was obvious.”

Revenge. It’s the only thing Ashley can think about after finding her supposed fiancé, Steven, with his tongue down the throat of the worst human being in the history of the world - his colleague, Ice Queen Victoria. Turns out it’s not the only body part with which he’s betrayed her.

Humiliated and furious, Ashley finds herself being propositioned by security expert and ridiculously sexy Jason Baine. But he’s not just looking to get her into bed. He needs her help taking down Steven and Victoria and rescuing his family’s company before it’s too late. Ashley’s a regular girl, a normal person. She doesn’t dabble in corporate espionage or illicit affairs. At least she didn’t until Jason...but now she’s in too deep, and things are getting dangerous.

What listeners say about Undercover Love

Wonderful story from this awesome author. Each book she writes either makes me laugh or cry. The humour and the characters were wonderful. Awesome narration too

I struggle with third person, however, I can listen to it in audio.

Undercover Love is a good and enticing romance but not my favorite from Lucy Score. I missed the humor that I've grown to love by this author.

Plot:
When the heroine meets a mysterious stranger at her finances works party she then discovers said fiance is having an affair with a colleague.
She is then persuaded by the stranger, who is also the half-brother of the woman her boyfriend is having an affair with to spy on her cheating boyfriend.
The hot stranger sets her a mission, to get information that will bring her fiance down, along with his own half-sister who has orchestrated the shady dealings that could potentially harm their firm and business.

An interesting plot and a good story with hotness. I really enjoyed it and its worth a read.

Great book with all the feels, fun, love, steam and mystery. Excellently written story that draws you in from chapter one until you finish the book in one sitting! The narration is spot on and brings the characters alive.

Need a make narrator. The female voice gets a bit boring. The story line was really good.

Nothing like a cheating, dirty Ex, a psycho Bitch, and a Hot Millionaire to set the story on fire. Jason has a secret motive enlisting Ashley to get dirt on her soon to be Ex after he orchestrates her seeing and hearing her Ex and Jason's step sister together. While she gathers the incriminating evidence Jason is falling for her hard, and sexy times burn the sheets worthy. The question is can she trust his motives. Read or listen to find out how it ends. Sophie does a good job with the telling of the story.

It was OK but not great

I previously listened to the author's book which is part of the Blue Water Billionaires series and enjoyed it a lot. I expected something similar from this one but this was more of a Harlequin type romance with very little character and story depth and development.

Ashley's character was a bit strange in that she finds out her fiancé is cheating on her but it didn't even seem to really upset her and she was cross for all of 2 minutes but then almost immediately hooks up with Jason, whilst still engaged to Steven. She didn't even seem very upset or that it was hard having to stay with Steven while she tried gathering dirt on him. Very little was given about her feelings for Steven or their relationship at that point so it was difficult to gauge her feelings. But then, even though she knows Steven is cheating, when Jason arranges it so she catches Steven and Victoria in the act, because he doesn't want her to have to go back to Steven, she throws a tantrum about Jason humiliating her and lashes out at him. That was illogical and immature. She already knew Steven was cheating and didn't react like that when she found out initially.

As typical with a Harlequin type romance, the book is only written from the female character's point of view. So there was no depth to Jason's character about his feelings. So overall, his character was very one dimensional.

If you are looking for a book that is a very light listen, no real plot or character depth or development, this book is fine.

Personally, I expected more so I didn't love this one.