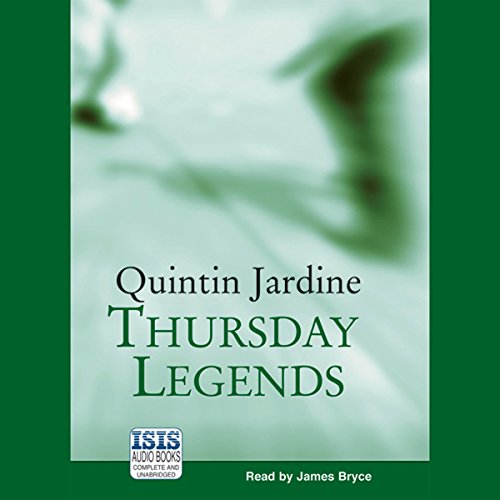 For Deputy Chief Constable Skinner, the Thursday night football game at a local gym has been an unbroken ritual for 25 years.

Along the way, players have come and gone, but a hard core remains, with each match a little older, a little slower, but still as fiercely competitive as a gang of teenagers - until a former player is found murdered in a manner that shocks even a veteran like Skinner. Suddenly the Thursday Legends have more to worry about than aching backs and dodgy knees.

Former Head of Special Branch Alec Smith made plenty of enemies during a long career, and there is no shortage of suspects. But as Skinner's investigation gathers pace, everything points to the Legends themselves.

Is someone targeting this disparate group of colleagues and friends in some bizarre scheme of retribution? Or is the murderer one of them?

What listeners say about Thursday's Legends

The author was recommended to me by my wife and she is never wrong! What a brilliant tale of crime and Scottish Detective. DCC Bob Skinner has definitely got a new fan, but beware, this tale and narration will have you listening late into the night to see what happens next