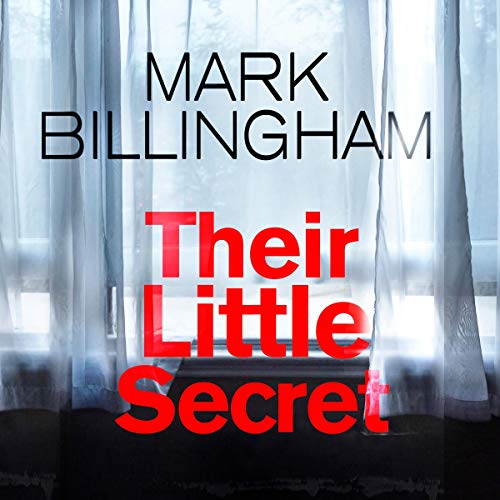 The 16th book in the Tom Thorne series, from best-selling author Mark Billingham.

She says she's an ordinary mother.

He knows a liar when he sees one.

Sarah thinks of herself as a normal single mum. It's what she wants others to think of her. But the truth is, she needs something new, something thrilling.

Meanwhile, DI Tom Thorne is investigating a woman's suicide, convinced she was driven to do it by a man who preys on vulnerable women.

A man who is about to change Sarah's life.

From number one, five-million-copy bestseller Mark Billingham comes a breathless new thriller starring Thorne and Tanner that readers will devour.

What listeners say about Their Little Secret

Mark Billingham writes and tells an intriguing story. His narration is perfect. I liked the fact that it is not necessary for him to create different voices in order to bring the characters to life. The book held my interest throughout. I was sorry it ended and can’t wait for the next book in the Thorne series.

Mark billingham excellent as always, the characters seem so real and of course the narration was great.

Loved it. Love Mark Billingham. I really enjoyed this story. Enjoyed the twists and turns and slightly unexpected outcomes!

couldn't put it down one of the best tom thorne books. thrilling and brilliantly written.

A school child could have written better, very predictable and boring. what a let down, no effort put into story and characters very weak.

I used to love Mark Billingham books but this shall be the last one I read.Tom Thorne has turned into a childish,unprofessional,depressive.His manner is course and negative and doesn’t allow the listener to feel any connection to him.The author is also a poor narrator who doesn’t put the right emotions into the story and comes across as moaning and boring.The only reason I stuck it out to the end was to find out how the protagonist was caught.

Struggled to get Passed the second chapter, the narrater sounds like a bouncy early morning radio Broadcaster. That and the fact it's written in present meant I couldn't go on.

terribly slow, no story for the first 3 chapters monotone rubbish. DO NOT PURCHASE.
Ps this not the sas hero

found it unrealistic and frankly boring. half way through i gave up and just read the last chapter which I also found boring. not his best

Usually love MB but afraid this was left wanting! Had nothing much to like...kept waiting for the big reveal but??? tempted to return it.