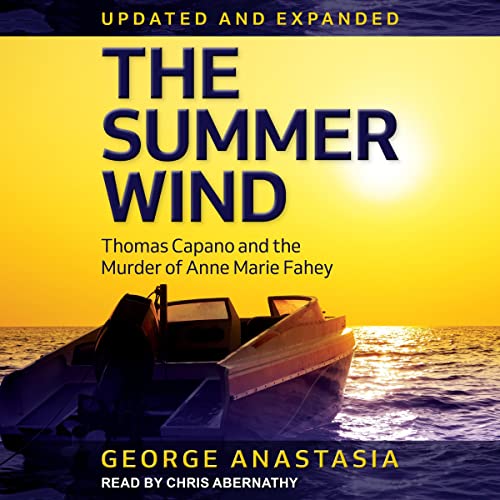 By: George Anastasia
Narrated by: Chris Abernathy
Try for £0.00

George Anastasia in The Summer Wind delves into a tale of a missing woman, deceit, and murder as well as the criminal trial that follows. High off his own arrogance and unrelenting in his manipulations, Thomas Capano—a golden boy in his youth, a successful attorney, a loving father—murdered Anne Marie Fahey, a woman with whom he had a rocky affair, and left her body to sink to the bottom of the Atlantic Ocean.

Anastasia's investigation follows the murder's hidden grains of truth: diary entries, police reports, obituaries. The truth, however, left a messy trail. With contradictory accounts pointing every which way and a dismal lack of evidence, who was telling truth among the lies?

The Summer Wind inserts the listener directly into the dramatic proceedings of 1996, offering a gripping account of the early missing person's case and subsequent hunt for the one man who held the missing pieces. Rife with fact and intrigue, this book is sure to satisfy those who love the intricacies of the courtroom or seek the psychological thrill of true crime.

What listeners say about The Summer Wind