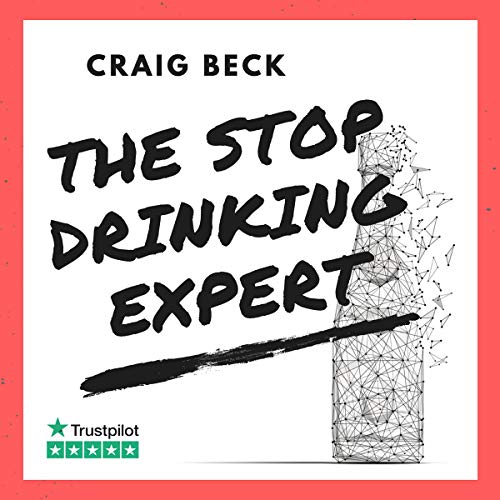 When I wrote the book Alcohol Lied to Me, I had no idea the impact it would make to problem drinkers around the world. I certainly had no idea it would end up helping hundreds of thousands of people out of the miserable loop of alcoholism. I only wanted to document how I had finally dealt with my problem without any of the usual pain and struggle.

Alcohol Lied to Me is how I escaped the trap of functional alcoholism without any of those embarrassing group meetings, no dangerous medication, expensive rehab, or ineffective willpower. It has been a savior to so many successful, loving, caring, and amazing people whose only flaw is being in a loop with their drinking. It offers a compelling alternative solution to the 12 steps.

This book features all the best advice of Alcohol Lied to Me, and the secrets I share with attendees of Quit Drinking Bootcamp. Plus it features all the great sober living tips I have picked up over a decade of helping problem drinkers around the world.

The truth is, this social pleasantry is a drug and a dangerous one at that. Alcohol kills millions of people every year, and yet we are repeatedly made to feel that if you refuse to join in with the consumption of attractively packaged poison, it's you who has a problem. In the western world, we live in a bubble of unreality around this drug. When you write down the nonsense that we believe about this drug, it looks quite insane.

We have got ourselves into a bizarre situation where we are looking at black and insisting it is white. It's is the unpicking of this universal distortion that explains why this approach has been so useful for so many problem drinkers around the world. Listening to this book is a bit like going to see Penn and Teller, the famous illusionists. First they wow you with a spectacular illusion and you can see no other explanation than to call it magic. However, then they come back on the stage and show you how the trick was performed. From this point on, you will never be able to be fooled by that illusion again.

It doesn't matter how long you live; you will never be able to label that routine as "magic" again. Even if you reach the ripe old age of 100 years old, that piece of theatre will fail to fool you again. In this book I show you how the alcohol trick is being performed. I show you why you believe that drinking helps you relax and cope with life. I reveal why you think that alcohol enables you to be more sociable and confident in public. I shine the spotlight of truth on all the nonsense and illusion of this drug. I proudly reveal myself to be the man who forever spoils alcohol for you, for good!

While it is true that you can go through this book, complete my online course, or come to Bootcamp and still go back to drinking after. However, it will not be the same. You will never be able to drink using the old excuses and justification you previously employed to explain your actions. This is the book that changes your view of alcohol, forever!

What listeners say about The Stop Drinking Expert

Loved it and recommend it! Essential to all, who want to live alcohol free and Happy life.

This book has taught me so much and is a very easy listen and narrated brilliantly by Craig Beck. He puts it across so good. I have not had a drink now for over 3 months and have no intention of doing. well done Craig!!

Craig tells it how it is! Makes you think of alcohol in a whole new light.

The only one thing that worked for me

Besides being extremely useful and could possibly save lives, Graig makes this book actually entertaining and interesting to listen .
He destroys all the illusion around alcohol . I listened another book about this topic but comparing to this one , it's too old fashioned and not up to date ... This one really resonate with me .

Craig makes you feel "what the hell was I doing drinking alcohol all these years," still not touched any alcohol in 6 months, he sort of flicks a switch in your mind to switch off the want for alcohol. Gave up smoking 10 years ago using prescription drug Champex which switched of the want for smoking, whole heartly this book has done the same for Alcohol.

Man this book is so great

Great narration and very informative. This guy simply put the true in your face that all of your friends know and not admit and no one will talk to you. 10 days sober after reading it!