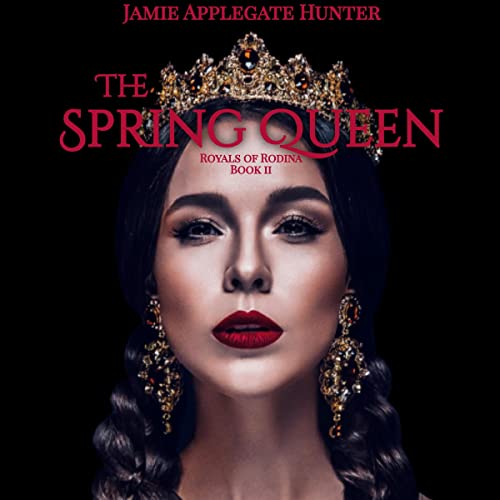 By: Jamie Applegate Hunter
Narrated by: Bryanna Lee
Try for £0.00

When the gods enlist the royals of Rodina to help free Cylon from the hands of the evil Summer King, a new heir emerges with abilities no one could predict. Together, with new and old allies, they must bring the corrupted monarch to his knees.

Thrust into the role of Rodina’s new Spring Queen, Adira Keren is forced to face her past demons in order to protect her kingdom and newfound family.

King Archer of Autumn is strategic, stern, and a perfectionist to the core. Tasked with training the new, seemingly vapid Spring Queen, his patience is put to the test.

However, Archer and Adira are unknowingly mates, and with Archer’s heart belonging to another, tumultuous conflict infects their tight-knit group as they prepare for battle.

Will they be able to put aside their differences long enough to help defeat the Cylon Summer King, or will they destroy each other beyond repair?

The second installment of the Royals of Rodina series is filled with action, humor, emotional turmoil, and plot twists that will keep you on your toes.

What listeners say about The Spring Queen