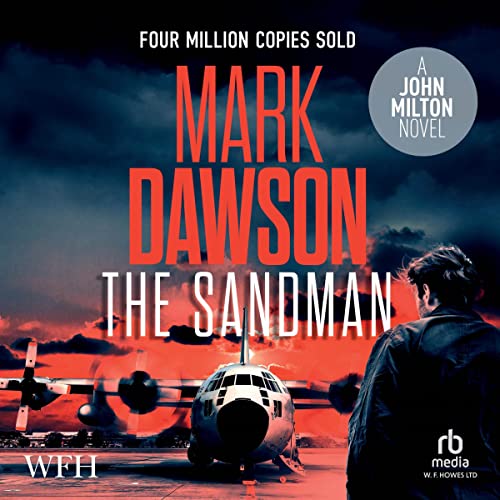 By: Mark Dawson
Narrated by: David Thorpe
Try for £0.00

Two men out for revenge. But only one can win.

When an inmate is found unresponsive in his high security cell at Belmarsh prison, he's rushed to hospital for treatment. The prisoner is human trafficker and international fixer Tristan Huxley, a man a lot of people have good reason to want dead. But Huxley mysteriously never makes it to the hospital. He may have plenty of enemies but it seems he has some very powerful friends too.

Huxley's disappearance is bad news for anyone who betrayed him. One of those people is John Milton. Originally assigned to protect Huxley, things turned sour when he discovered the disturbing truth about his old friend's activities. Huxley isn't someone who forgives and forgets. But neither is Milton—when someone deserves punishment, he's compelled to deliver it, no matter where in the world that journey takes him.

A dangerous man is on the loose and Milton isn't the only one on his hit list. But could he be the only one capable of taking him out for good?

What listeners say about The Sandman

Loved this as I did all in the series. My only negative is that the books are never long enough and over too soon. I find them so gripping I can never put the story down and devour/gorge till it is finished. Now to patiently wait for the next.

As good as the rest.

Mark never fails to deliver. The same goes for the narrator. Can’t wait for the next one.

In life your 21st birthday is a coming of age. Could the 21st book in the John Milton series being a coming of age…….?
I reckon so but you’ll have to listen and see for your self 😀

Another fantastic instalment in the John Milton series. Hope I don’t have to wait too long for the next.

I agree with other reviewers, that the John Milton books are going from strength to strength. The plot in this book is excellent. Interestingly, this is also the first book, where there are situations that were, I felt, weakly designed, and really grate on me. Not to reveal too much, one has to do with the car the controller is taking, the other one when the controller addresses a particular person. Narration brilliant as always. Cannot wait for the next book.

Another superb listen from Dawson and Thorpe!

A great story matched with a great narration! Another relentless and twisty thriller about John Milton! Loved this, couldn’t put it down and can’t wait for the next one!

I usually await new Mark Dawson/John Miton series books eagerly but not sure what was going through Mark Dawson's head when he wrote this one. The characters and locations were totally bizarre and unlikely and the action even more so. David Thorpe, however, did, as usual, do a good job with the various and varied characters and their accents. Here's hoping that JM book 22 will be back to the old formula.

Superb storyline. Very tense.
Good to learn there should be more to follow. I’m waiting.

I struggled to finish this book. This is the first John Milton novel I found hard to finish. Some parts of the story were not believable, too many unlikely things happened in a short period of time.