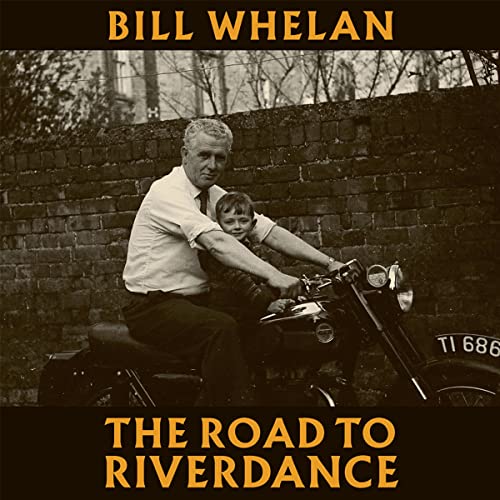 The Road to Riverdance

Riverdance exploded across the stage at Dublin’s Point Theatre one spring evening in 1994 during a seven-minute interval of the Eurovision Song Contest hosted by Ireland. It was a watershed moment in the cultural history of a country embracing the future, a confident leap into world music grounded in the footfall of the choreographed kick-line. It was a moment 45 years in the making for its composer.

In this tenderly unfurled memoir, Bill Whelan rehearses a lifetime of unconscious preparation as step by step he revisits his past, from with his Barrington Street home in 1950s Limerick, to the forcing ground of University College Dublin and the Law Library during the 1960s, to his attic studio in Ranelagh. Along the way the listener is introduced to people and places in the immersive world of fellow musicians, artists and producers, friends and collaborators, embracing the spectrum of Irish music as it broke boundaries, entering the global slipstream of the 1980s and 1990s. As art and commerce fused, dramas and contending personalities come to view behind the arras of stage, screen and recording desk.

Whelan pays tribute to a parade of those who formed his world. He describes the warmth and sustenance of his Limerick childhood, his parents and Denise Quinn, won through assiduous courtship; the McCourts and Jesuit fathers of his early days, the breakthrough with a tempestuous Richard Harris who summoned him to London; Danny Doyle, Shay Healy, Dickie Rock, Planxty, The Dubliners and Stockton’s Wing, Noel Pearson, Seán Ó Riada; working with Jimmy Webb, Leon Uris, The Corrs, Paul McGuinness, Moya Doherty, John McColgan, Jean Butler and Michael Flatley.

Written with wry, inimitable Irish humour and insight, Bill Whelan’s self-deprecation allows us to see the players in all their glory, vulnerability and idiosyncracy. This fascinating work reveals the nuts, bolts, sheer effort and serendipities that formed the road to Riverdance in his reinvention of the Irish tradition for a modern age. As the show went on to perform to millions worldwide, Whelan was honoured with a 1997 Grammy Award when Riverdance was named the ‘Best Musical Show Album.’ Richly detailed and illustrated, The Road to Riverdance forms an enduring repository of memory for all concerned with the performing arts.

What listeners say about The Road to Riverdance

The narration is fantastic. His stories are deeply personal, sometimes poignant and sometimes hilarious. Blown away with Bill's ability to do accents so authentically as he takes us on his incredible life journey.