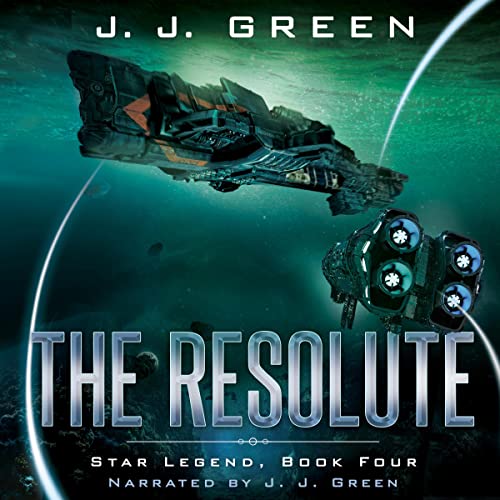 When Taylan Ellis saved the life of the woman who wanted her dead, she unknowingly sparked a chain of events that promises to reawaken a war between ancient rivals.

Blissfully ignorant of what she’s done, Taylan has resumed her search for her children in the West Britannic Isles, among the cultish Crusaders, hostile invaders of her homeland. To remain anonymous, she adopts a bizarre disguise and mercilessly plays upon their ridiculous beliefs.

Meanwhile, the global powers are ramping up for a confrontation that will decide the future of humanity. Taylan believes she has said a final good-bye to her involvement in the world war, but her ancestry means she still has a role to play.

The two paths she’s treading are about to converge. If she takes a wrong step, she may never reunite her family and human civilization is doomed.

The Resolute is book four in the epic space fantasy adventure Star Legend.

What listeners say about The Resolute