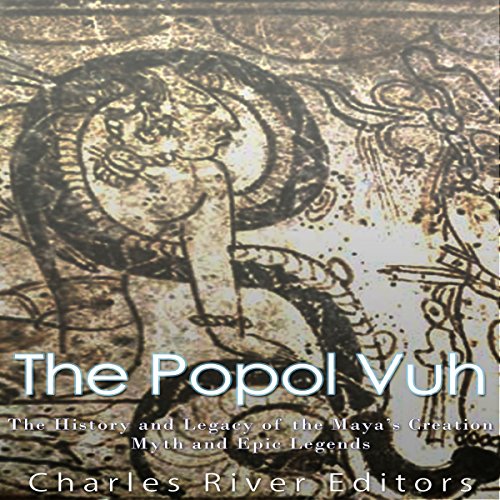 Many ancient civilizations have influenced and inspired people in the 21st century. The Greeks and Romans continue to fascinate the West today. But of all the world's civilizations, none have intrigued people more than the Mayans, whose culture, astronomy, language, and mysterious disappearance all continue to captivate people. In 2012 especially, there was a renewed focus on the Mayans, whose advanced calendar led many to speculate the world would end on the same date the Mayan calendar ends. The focus on the "doomsday" scenario, however, overshadowed the Mayans' true contribution to astronomy, language, sports, and art.

Unlike most of the world's sacred books - the Quran, the Bible or the I-Ching for example - nobody knows the universal name, if there ever was one, for the Maya's collection of myths. Instead, the title that has been passed down, the "Popol Vuh", appears to be the specific title given to a particular copy of these tales. Its meaning, roughly translated as the Council Book, refers to the special role of this text: it was the shared property of the council of lords that ruled the Quiché kingdom and was apparently regularly consulted by that body for advice to guide their rule.

What listeners say about The Popol Vuh

This isn't the actual Popol Vuh!

the book description should be clearer about the book not being the actual Popol Vuh but some kind of a review of it. highly disappointing!

This is only a summary, not the actual myths

This is only a summary, not the actual myths. I was very disappointed because it looked like the full book

for anyone wanting to understand Native American history. Not sure why I found out about this only recently.

NOT THE ACTUAL STORIES

The title should state this is a review. He does not actually read the book. Good for cliff notes but no actual story telling.

This is a "review" of the Popol Vuh

Great book review if you are looking for cliff notes to write a college paper.

good presentation of the pre-European gods

If you're looking for infomation on the origins and relationships of the (primarily Mayan) indigenous peoples this is the best presentation I've read.

Enjoyed this summary of the main text. I so recommend it to any history buffs