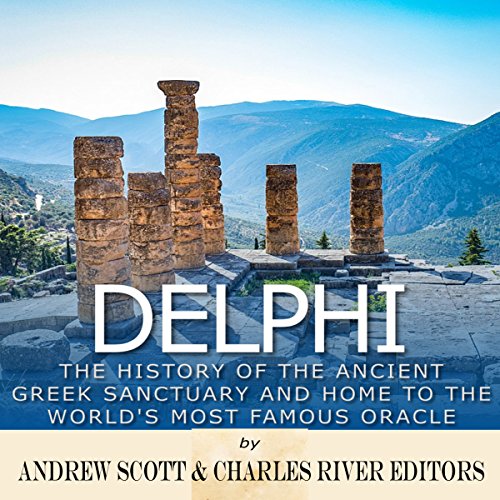 The ancient Greeks used a number of forms of divination to determine the future and seek advice from the gods as to which actions they should take in any given situation. The most popular of these ways to consult the Gods was through a visit to an oracle - usually a person - at a fixed shrine. The oldest of these Greek sites was at Dodona in Epirus, and while it continued to be a major oracle for the Greek world through antiquity, it was quickly overtaken by the oracle at Delphi as the most consulted by kings, politicians, and ordinary Greeks alike.

Whereas the oracle at Dodona was of Zeus, that at Delphi was of Apollo. Over the years, the Delphic Oracle - located, it was believed, at the omphalos, the belly button of the world - came to such a position of preeminence that almost every major decision taken by any Greek polei in the Classical period involved a consultation with the god Apollo to ascertain whether the proposed action would be sanctioned by the gods. The format of the question was normally that of seeking approval for a proposition already decided upon, rather than an attempt to illicit instruction per se.

Colonization decisions, political changes, and matters of religion were all subject to final approval from Delphi, delivered by the Pythia, the oracle through which the god was thought to speak. At an individual level and for those who could afford it, decisions on such matters as marriage, children, and business ventures were made after the oracle had spoken. The oracle’s influence on so many major events in the Archaic, Classical, and to a lesser extent, Hellenistic and Roman periods is without parallel in any other part of the world or time.

Delphi overlooks the Gulf of Corinth, and it is no wonder why the setting mesmerized contemporaries. The majestic, almost magical, aspect of the site, bordered by precipitous cliffs and craggy footpaths on a hillside that is dotted with deep, dark caves and lined by gargling streams of pure water, never fails to inspire a sense of awe and wonder in its visitors, even to this very day.

Despite the oracle’s fame and popularity, however, modern knowledge of Delphi remains limited in certain respects. Cultic history has become so intertwined with cultic myth that the lines separating one from another have been nearly lost. Modern scholars studying the oracle of Delphi have tried to pull the shroud of mythology away from historical facts to illuminate the realities of the Apolline cult, but the job has often proved trickier than imagined.

Delphi: The History of the Ancient Greek Sanctuary and Home to the World’s Most Famous Oracle looks at the famous Greek site, and the oracle’s role in history. You will learn about Delphi like never before.

What listeners say about Delphi