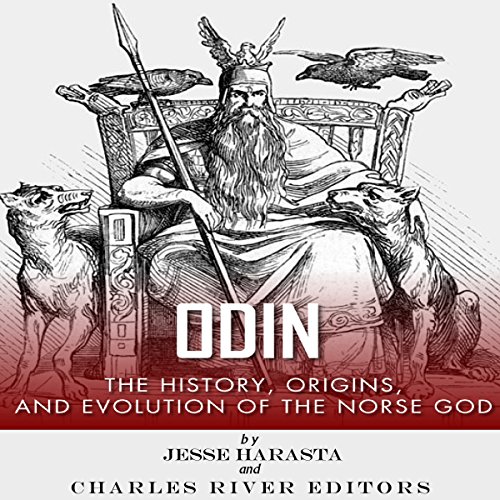 Odin: The Origins, History and Evolution of the Norse God

A one-eyed old man, with a gray cloak and a wide-brimmed hat leaning on a staff. A wanderer who appears when least expected, bringing triumph or doom. The god of prophecy, poetry and fate. A shape changer. A sorcerer. The god Odin cuts a dramatic figure in Norse mythology and is still a part of the popular imagination. He is the inspiration for figures like J.R.R. Tolkien's Gandalf the Grey, and he still appears in modern literature as varied as Marvel Comics and Neil Gaiman's novel American Gods.

Alongside his son Thor, Odin is one of the best known Norse gods, and it's often easy to forget that he was once at the heart of a pantheon devoutly worshiped by millions of Europeans. Odin has numerous names and titles (over 200 by one account), but his best known title is "The All-Father," the co-creator of Earth ("Midgard"), humanity and all of the creatures that inhabitant this world. He is also, importantly, the god of prophecy, ecstasy, and poetry, all roles that were closely connected in the Norse world.

Odin was a god of life and death as well, and was famous for taking the souls of warriors who died in combat back to his realm of Valhalla. This role was tied to his position as a god of war, a position that does not perhaps seem obvious to a modern reader for a god of knowledge and wisdom. However, Odin was the king of the gods and the master of Asgard; therefore, in the Norse understanding, one of his crucial tasks was the defense of that realm through military might if necessary. His living followers would call upon him in battle, and he was said to have taken champions and even led human armies to triumph.

What listeners say about Odin: The Origins, History and Evolution of the Norse God

Good Book,pity about the cyclist

This would have been an excellent book if 'twas the for the cyclists who ripped through it as if he couldn't wait the get to the finishing line. Please select your readers better!

Not what I expected but enjoyable nontheless

I got this book expecting more of just stories about Odin, but got an enjoyable look into the history of the Norse religion .

I'm disappointed that this is pretty much an exact repeat of the other book they did about Odin and Thor, minus the chapters on Thor.

Impossibly hard to listen to this guy's robot-speech. It's distracting. Just get the paperback and save your ears the trouble.


A fine lecture on the worship of Odin and a comparison of the Norse and Germanic pre-Christian religions as well as an exploration into the nature of worship as revealed in the Icelandic Eddas.
Anthony R. Schlotzhauer gave an enthusiastic narration.

If you’re looking for myths this isn’t it, but it has good historical explanation for Odin.

This was a great review of the mysterious Odin. It briefly covers his history, his worship, and the Renaissance in his following. It left me definitely wanting more!

It’s a very brief description of a very detailed mythology. This is definitely not a book I recommend it lacks the excitement and the intrigue of the Norse mythology.