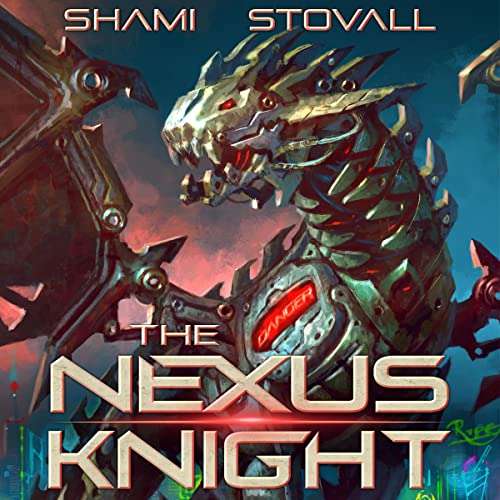 By: Shami Stovall
Narrated by: Dan Calley
Try for £0.00

After two rounds in the Nexus Games, Alex Kellan has developed strange and powerful abilities, but if he wants any chance of winning, he needs more. When the Arbiter offers the teams a challenge round for arcana and magical items, Kellan leaps at the opportunity.

Separated from half his team, Kellan has to navigate a deadly maze all while escorting a kid to the finish. When the Nexus residents get involved, the challenge becomes even more complicated.

The difficulty doesn’t bother Kellan, but his competitors do. Apparently, several teams are out to use the ultimate prize to enslave other dimensions, and Kellan isn’t having any of that. In order to stop their plans, Kellan has to target certain players—the most dangerous of them all.

A litRPG thriller with high-tech magic.

What listeners say about The Nexus Knight

Solid start to a series

Interesting concept. It does delve into alternate dimensions which can muddy the waters through confusion and lowered stakes. It is an important part of the plot and works for the most part. Most of the book is about an enormous competition which ends up being entertaining. The world is pretty dark and grimy without much reprieve from it. Overall, this is a solid start to a series. The narration is very well done.

action packed and a good time.

Before I start I was given a review code and that has no sway in my review.

Fast paced and full of action. I was never bored.

The Mage system in this book feels super deep like no 2 mages would be 100% the same.

a great continuation of the series and I can't wait to see what happens next.

I love this story

I’m hooked and I really can’t wait for the next one. The violence and drama are incredible