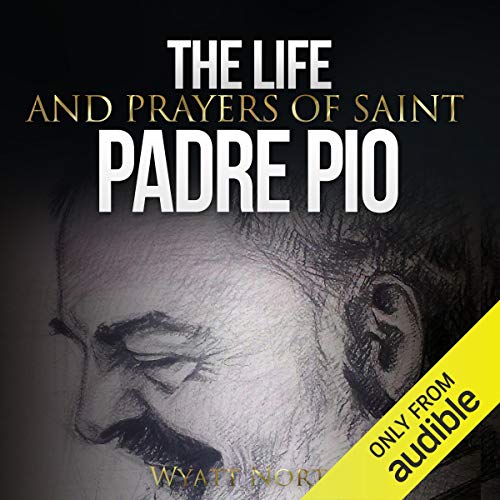 The Life and Prayers of Saint Padre Pio

One part biography, one part prayer book, The Life and Prayers of Saint Padre Pio is an essential for any Christian. The foundation for Padre Pio's work in the world was love. His love of God became intertwined with his love of humanity so that the two became inseparable and unwavering. Padre Pio is notable not for his erudition or even his teachings, per se, but for the man he was and the intercessor he continues to be. Pio gave himself to Christ as a spiritual victim for the souls of sinners. With sweetness, humility, and good cheer, he brought everyone who encountered him closer to Christ. People who met him understood immediately that they were in contact with a Christlike figure. Those who attended his Mass and saw his union with the divine felt as though they had witnessed in person Christ's Passion on the Cross. During his lifetime, Padre Pio brought vast numbers back to devotion to Christ, and, as he himself foretold, in death he has been able to do still more.

Saint Padre Pio, the Life and Times...Prayer of Pio

I would recommend this book to anyone. Excellent read, thank you!
I really enjoyed it because there were so many deep thoughts Pio showed us,,,JMJ

His life and prayers are beautiful and a blessing to all people in this world .

Amazing memoir of an extraordinary man

great COVID quarantine listen. You will be riveted and unable to stop. Binge worthy

not entirely what I expected

This book was very short. Almost too short. There were very broad strokes of information and not nearly enough details of miraculous happenings that I would have appreciated. If you are looking for a bare bones biography this is it. I would have preferred something more elaborate. the narration was a bit strange for me as well. Not the best voice to convey the message.

What made the experience of listening to The Life and Prayers of Saint Padre Pio the most enjoyable?

The fact that he was a true human being that was relatable.

I loved how he accepted his lot in life for the Glory and Honor of God.

Which character – as performed by David Glass – was your favorite?

No characters needed. Saint Padre Pio is one of a kind.

So uplifting and inspiring how he carried his cross with such grace.

The Life and Prayers of Saint Padre Pio unabridged

I loved it! I have heard so much about this Saint recently, and his life sounded so astounding. This book did not disappoint me.

I loved it. I learned a lot about Padre Pio and answered some questions I would've never though to ask.