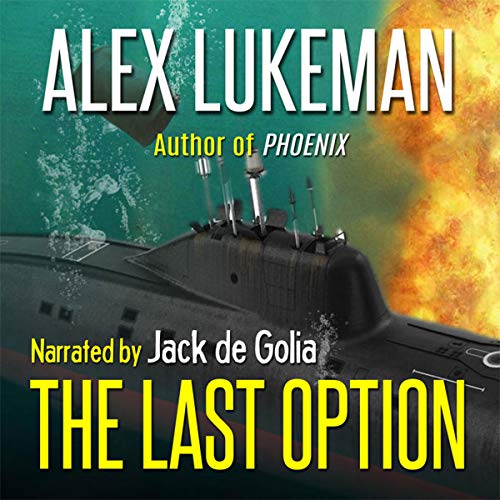 A cabal of ruthless men set in motion a plot to ignite nuclear war, certain they will survive the resulting holocaust and rule what is left after the missiles stop flying.

Director Elizabeth Harker's aging Project team is called into action once again, but the odds are stacked high against them. A hostile president means to shut them down. Someone keeps trying to kill them. Nick and Selena's unborn children are in the line of fire. Even Selena's Russian half-sister is caught up in the deadly game, with consequences she'd never expected.

The doomsday clock is ticking. If the Project team doesn't stop the plot in time, the world will pay the price.

What listeners say about The Last Option

Many Hours of Enjoyment

Nick and the team are back, Selena is very pregnant with the twins, Ronnie is almost as good as new. The president has been assassinated and team is on the chopping block, but they might also be the worlds only hope.

This book was as good if not better than the others but the ending is a bit disturbing. There was tons of action and suspense, plot twists and turns, that will keep you up past your bedtime reading (or listening) just to see what happens next. Jack de Golia is a awesome narrator and has made the project team family to me (trust me I would love to bounce some questions off of Freddy now and again), but Ronnie, Lamont, and Nick would be the most awesome big brothers ever, just think of the skill set you would grow up knowing, LOL. Thank you again Mr. Lukeman for so many hours of enjoyment I look forward to many more.

Suspense! I hope there are more books!

Jack deGolia brings Alex Lukeman’s The Last Option to life, drawing the listener in and making them want more. The characters are memorable (even Burps the cat) and the action keeps you on the edge of your seat. It’s our favorite road trip entertainment! I hope Lukeman and deGolia pair up for more!!

Narration by Jack gives so much added details to the plot. As well as the author’s writing, they draw one in, well done. Given audio for my voluntary review and my honest opinion