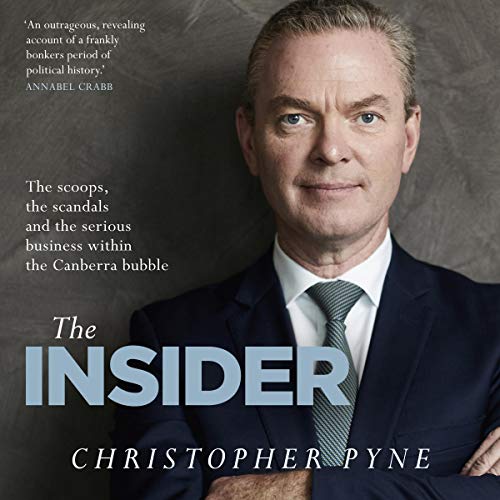 Christopher Pyne has been many things and called many things throughout his long career in politics. Member for Sturt. Minister for defence. Manager of opposition business. Leader of the House. 'The Fixer'. Any Canberra story he doesn't know isn't worth telling.

Now, after 26 years, the ultimate insider is outside the House and ready to burst the Canberra bubble with his trademark sharp wit. His revelations of dealings, double dealings, friendships and feuds shine a light on the political processes of those in power: the egos, the sacrifices, the winners, the losers, the triumphs and the failures. From Howard to Rudd, Gillard, Abbott, Turnbull and Morrison, Christopher Pyne has seen and heard it all. The Insider is one of the most brilliant, funny, engaging audiobooks by an Australian public figure you'll ever listen to.

What listeners say about The Insider