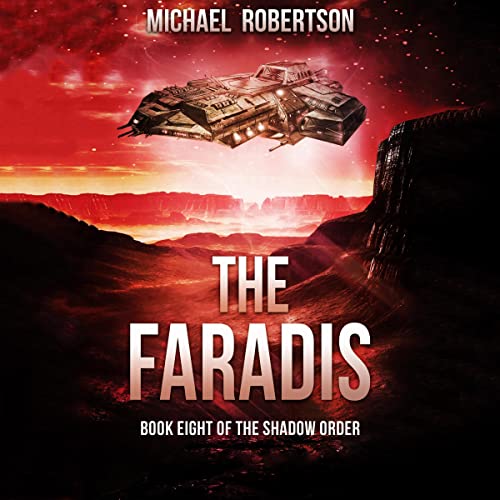 By: Michael Robertson
Narrated by: Geoffrey Scheer
Try for £0.00

In spite of everything she’s had to face—of all the obstacles she’s overcome and the people she’s saved—Reyes can’t do the one thing she needs to do most. The thing that will make her comfortable in her own skin. The thing that will finally bring her peace. She can’t find the courage to talk openly to her father.

After witnessing half of her squad get massacred by violent rock-like monsters on a sandy and scorched planet, Reyes is now back on the Crimson Destroyer enjoying some R&R. Other than the WO, there are only rookies on board. Everyone else has gone home for some well-earned time off. So when an uninhabited and seemingly abandoned ship called The Faradis appears on their radars, the WO decides to board it to investigate, taking a team of rookies with him.

What seems to be a simple mission turns into anything but. Once again, Reyes and her squad find themselves in a battle with the odds stacked firmly against them. Amongst it all, can she finally be brave enough to tell her father what she has to say?The Faradis is a dark space opera horror. It’s the eighth and final audiobook in the Shadow Order series. Check out the conclusion to this space opera epic now!

What listeners say about The Faradis