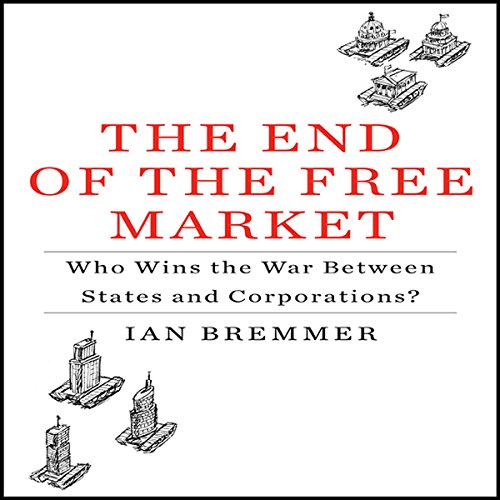 The End of the Free Market

By: Ian Bremmer
Narrated by: Willis Sparks
Try for £0.00

Providing an understanding the rise of state capitalism and its threat to global free markets, The End of the Free Market details this growing phenomenon - a system in which governments drive local economies through ownership of market-dominant companies and large pools of excess capital, using them for political gain. This trend threatens America's competitive edge and the conduct of free markets everywhere.

An expert on the intersection of economics and politics, Ian Bremmer has followed the rise of state-owned firms in China, Russia, the Arab states of the Persian Gulf, Iran, Venezuela, and elsewhere. He demonstrates the growing challenge that state capitalism will pose for the entire global economy.

"He weighs how free market economies can compete and concludes on a hopeful note, laying out a powerful case for the superiority of regulated free markets above state capitalism and a clear prescription for how the U.S. can defend its competitive advantage in the future." ( Publishers Weekly)

What listeners say about The End of the Free Market

A MUST READ FOR FREE MARKET THINKERS

This book reveals a big economic picture. How the crash of 2008 gave reasons for China and many other countries to change their future goals away from the free market. We messed up what the world thinks of the US. It may take decades to correct, if we can do it at all. Really makes you think!