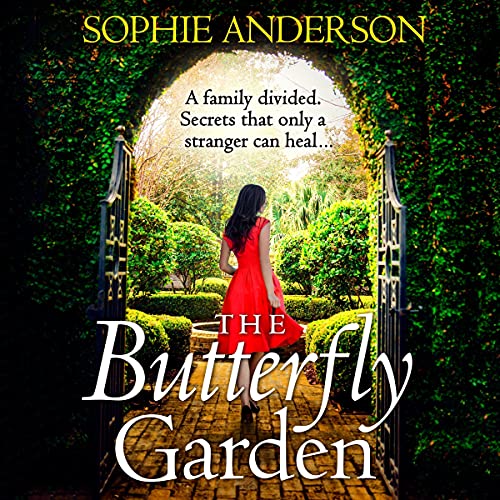 By: Sophie Anderson
Narrated by: Karen Cass
Try for £0.00

"Wow! What an absolutely devastatingly gorgeous, heartbreaking, stunning book! One of the best debut novels I've ever read... I was devastated by the end.... Once it sucks you in, then you’re not coming out until the very last page. Absolutely unputdownable!" (Bookworm86)

I blamed my son for the death of my daughter....

Frail butterfly enthusiast Maggie Muir has lived a lonely life in her huge remote house on the Cornish cliffs for many years. Once a mother with two beautiful children, the sudden death of Maggie’s daughter, forever a little girl in her fairy nightdress, ripped the family apart and caused her son Lucas to flee to the other side of the world. But now, Maggie is dying, and there is something she needs her son to know.

As Maggie grows increasingly frail, 25-year-old Erin, who has fled London with a broken heart, arrives to take care of her. Maggie begs Erin to help her find Lucas, who now lives in a far-away place of searing heat and pearly sands.

But when Erin tracks Lucas down, it quickly becomes clear that he is hiding something, too. What really happened the night his sister died, when a little boy with freckles on his nose made a terrible mistake? And if Erin untangles the web of deceit between mother and son, does she risk learning something unforgiveable about the person she has come to love very deeply?

A heart-wrenching but uplifting novel about a family ripped apart by guilt, lies, and forgiveness. Set against the storms of the Cornish coast and silvery tropical sands of a distant paradise, The Butterfly Garden is a story of love, loss, and letting go. Fans of Jojo Moyes, Harriet Evans, and Lucinda Riley will be gripped.

What listeners say about The Butterfly Garden

I have never written a review for a book before, but I loved this so much I felt moved to write one! This is an utterly charming story, and beautifully written. There are rich descriptions of the places -I felt I had been transported magically to Cornwall! The characters are really authentic.
I don’t want to give away anything about the plot, but there were twists and turns that left me guessing right to the very end. I cannot wait for the next novel from this author.

It's a nice story but it didn't have me raving - that is just me. I thought the narrator was great and the message in the book was good but I feel certain areas went on too long that I was able to put it down throughout the days of listening. Overall it was tragic, sad but ultimately there was a positive message to come out of it

Nothing new but still a lovely story.

I really enjoyed this, I'm not sure why as it wasn't an earth shattering plot and was very gentle but even so I found myself looking forward to listening to it. Excellently narrated.

Great story. Would like to hear more about Erin's life. Also about her brother!
Thanks!