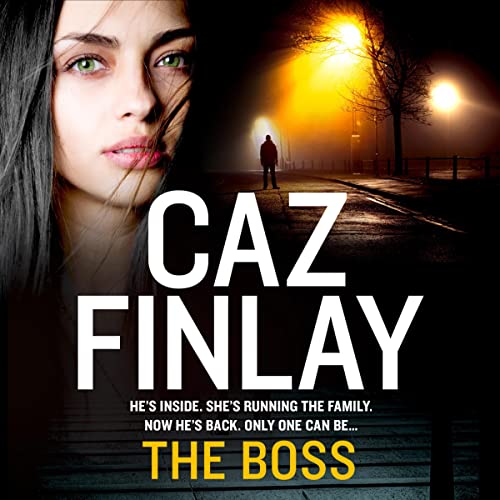 But now he’s back—only one can boss the streets of Liverpool.

Packed with twists, turns and deceit, get ready for the first novel in an explosive new gangland crime series.

He’s out for blood

After a stint inside, notorious gangster Nathan Conlon is back. He says he’s a changed man, but old habits die hard on Liverpool’s gritty streets. He’ll stop at nothing to reclaim his formidable criminal empire—and his long-suffering ex-wife, Grace.

She’s out for revenge

Grace once kissed the ground that Nathan walked on, but not anymore. She’s head of the firm now, commanding respect from the best of them, and she’ll do anything to protect her family—even if it means beating Nathan at the dirtiest of games...

Who will come out on top?

"The Boss is a fast-paced tale of family bonds, treachery, cruelty and love that will have you gripped from the very first page. A must-read for crime lovers." (Amanda Brooke)

"A gritty, gripping page-turner of a read! A 5* stonker of a debut... Loved it and can’t wait to read more in this series." (Fiona Collins)

"A stunning debut... Grace and Nathan are equally determined to be the boss but only one can win. The twists and turns as they battle for power results in an explosive ending which will leave readers both satisfied and wanting more." (Mary Torjussen)

What listeners say about The Boss