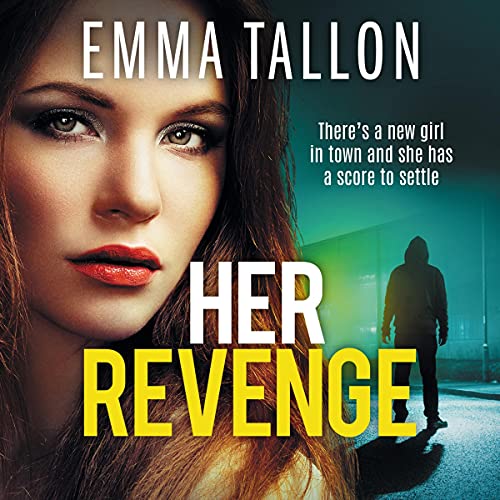 By: Emma Tallon
Narrated by: Alison Campbell
Try for £0.00

Fans of Martina Cole and Kimberley Chambers will love this gripping new book from Emma Tallon, set in the same world as her best-selling Tyler Family series.

There’s a new girl in town, and she has a score to settle.

Scarlet Drew isn’t to be messed with. As the daughter of a notorious London gangster, she’s got enough street smarts to take on the world. But when the most important person in Scarlet’s life is murdered in cold blood on the East End streets where she grew up, she can only think of one thing - revenge.

Scarlet’s aunt, Lily, is fierce, straight-talking and a force to be reckoned with. As head of the family firm and queen of the London underworld, she welcomes her niece into the business and swears to help her get revenge - after all, family comes first.

Scarlet soon discovers that the murder is just one part of a plot by a rival firm to take down the entire Drew empire. She stands shoulder to shoulder with her aunt, ready to fight back, but these new enemies are the most dangerous threat the Drew family has ever faced.

As everything they’ve built begins to crumble, Scarlet’s estranged cousin, Ruby, suddenly comes back into the firm, with a revelation that could tear the Drews apart once and for all. But can she be trusted? As Scarlet faces up to her enemy, one thing is for sure: family means everything to her, and she will stop at nothing to protect it, even if it means putting her own life at risk.

Strong women, family dramas and nail-biting tension make Her Revenge a book not to be missed!

What listeners say about Her Revenge

Story line wasn't bad, but the characters accents sounded more Jewish than east end gangster. Take the word factory, she said it 'fact tor ree' not 'factree". Going to buy the kindle edition as the narrator is off putting.

Struggled to keep my interest, ending was poor to say the least. Narrator, was good.

Great read. couldn't read it quick enough.
Read to read the next book in the series

Really good story I feel like I know all of them personally, excellent book could not put it down

Audible please can we have more Books by Emma Tallon really great book can’t wait for next one.