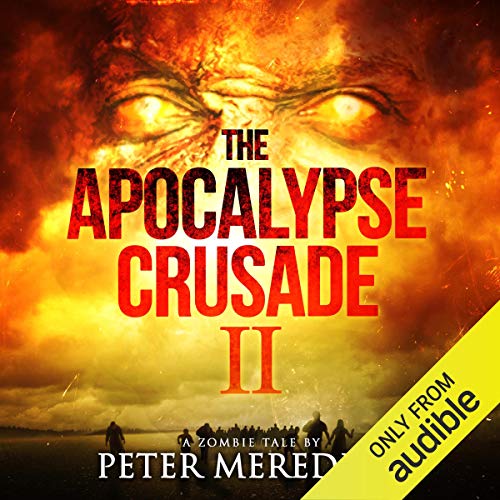 Quite simply, what could go wrong did go wrong. Given the choice between assuming leadership of a situation that is pure chaos, where the National Guard is forced into a position of going to war against a trapped and possibly infected citizenry, the President chooses to punt. He knows what enforcing a quarantined zone will require: the massacre of tens of thousands of terrified people demanding to get out, and there is no way he's going to have his name and legacy sullied. Suddenly a states' rights champion, he leaves the situation under the control of the Governor of New York, but not before hampering the men on the lines with rules of engagement that are meant to sooth journalists instead of creating a possibility of victory.

Tasked with the impossible, General Collins, commander of the 42nd Infantry Division is in a meeting with the Governor when the perimeter of the quarantine zone is ruptured. When his command post is overrun he's grinding his teeth, sitting in front of the President as he smiles for the cameras, makes jokes and demands answers. And in the dead of night when 100,000 infected persons slug it out toe-to-toe with the fractured remains of his division, he is the only reinforcement available to shoulder a rifle.

Inside the Zone, the survivors of Day One are dying by the score as Dr. Lee and her friends, hopelessly fight their way from one end of the Zone to the other, desperate to escape. But there is no way out except through death at the ripping teeth of the undead. Striving to put that horrible moment off for as long as possible, she finds herself trapped alongside Anna Holloway and Lieutenant - they are three scorpions in a bottle...a bottle surrounded by countless undead.

What listeners say about The Apocalypse Crusade 2

I was worried after reading so many of Peter Meredith's books, I thought that I would not remember what happened in book one of War of the Undead. As soon as I started this memories of that book came piling in. It helps that Peter Meredith peppers hints from the previous book. They are scattered throughout so reading these a year apart would not be a big deal. Although, I would definitely recommend reading book one prior to book two.

This did seem to jump right in where book one left off. There are many, many characters but the main few who did survive are in this. Interestingly enough, I forgot that the government tried to put up a quarantine zone. As the book progresses the characters that are involved are those in that quarantine blockade and those in the zone.

Since this is another zombie book, some may ask why they should read this. Peter Meredith has a way of making zombies horrific even after we have read about them for so many years. He brings a new edge, a new way of thinking about them, and adds that into a plot that is chock full of twists with characters that sometimes grow through their characters arcs and sometimes die. This is why I love reading his books. Not only that but the zombies in this particular series are just scary!

Unlike zombies in other stories, some of these can think and react to us. They are still people, they are just pissed off people that crave blood. Which of course means that they can think and plan. Not something I would hope for in a zombie. This makes them even harder to predict and harder to kill.

Some of these characters stand out more than others, whether for good or bad, but what makes all the difference is the fantastic narration from Erik Johnson. It's as if he can make the feelings of the characters palpable. Where Peter Meredith makes someone fall in love, Erik makes us feel that and the empathy that goes along with knowing that they are probably going to die! It's a great team for a great horror. The audio was well done but I was way too into the story to notice any hiccups anyway!

On a side note, this is the first horror in a while that gave me nightmares! Something has to be said for that!

Audiobook was provided for review by the author.

What did you love best about The Apocalypse Crusade 2?

The story picks up where the first edition ended, keep em coming (don't get confused by other titles).

I could not even finish this book. I know that this is make-believe and fiction but could you please leave out killing little kids. I draw the line in books and movies when it comes to killing kids. this book is also horrible because it has too much politics. the storyline was horrible because it did not get into how the people prepared themselves. she just breezes right by that said no people just went into their homes and barricaded their homes and stuff but when it came to politics she went deep into detail of how the mayor failed and what the mayor was thinking nobody cares about that. she should have spent less time on the politics and more time on the storyline of how the people survived or try to survive. this book is a huge thumbs down in a very bad disappointment. don't waste your time or your money on it.

Excellent Continuation Of The Series

This book picks up right where the following ended. The entire book is set in day 2. The second half did get a little boring with the relentless military talk, but I can overlook that. This book isn't quite as good as the first day, because of the military, but I'll still rate it overall 5 stars. Can't wait for day 3!

definitely one of the better zombie books I've read. you should definitely download this. it is definitely not a Heroes book but a true depiction of what would really happen if zombies were real

If you liked the first in the series, this book will not disappoint you. Again, great narration.

Yet another great Zombie novel by Mr. Meredith!

Just like his other zombie tales, this story leaves you riveted and wanting more! Can't wait for his next ones!

Ok, I know what the author is trying to convey with his characters but at some point common sense and logic have to come into play. Now you have two characters in this story that have on multiple occasions tried to kill the main characters. When do stop giving the benefit of the doubt and handle the problem. That's completely unbelievable, and yes I know this is a work of fiction, but reading the same thing happening to the same people by the same people is getting old. I'd like for the main characters to actually wise up and be as smart as they are portrayed to be.

I know a detailed opinion if this book is what people want to read cause I look for the same; but I can't give you that. I know that if you like horror, zombies, action and a great detailed plot line, you'll get this book.

I plan on reading everything that Peter Meredith writes. everything has been great so far