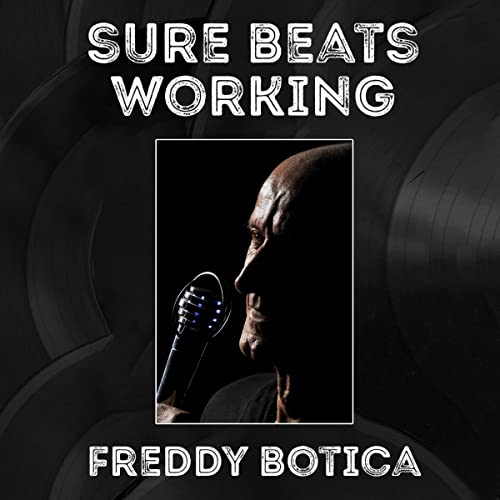 Sure Beats Working follows the story of Freddy Botica, and the series of unexpected twists and turns that ended up being a long and successful career in broadcast radio.

Freddy was born in Auckland, New Zealand in 1947–the youngest child of Croatian parents who fled the conflict of World War II to give their children a new life full of opportunities.

In 1969, while working as a signwriter for Coca Cola, Freddy was invited to spend a week aboard the Tiri 2–the infamous ship that brought pirate radio station Radio Hauraki to the masses in New Zealand. He was on board the ship to repaint a faded sign, but when a severe storm hit Auckland a few days later, Freddy was asked to fill in on air for the rest of the week. His immediate success and appeal on air led to Freddy being offered a full time role with Radio Hauraki–the beginning of what would become a broadcasting career that spanned 5 decades, and broke Australian records.

Freddy’s time in radio gave him a chance to not only meet, but spend meaningful moments with many of rock music’s greats–from spending a weekend with Alice Cooper in Sydney, to hosting Sting and the Police at a barbecue on the beachfront lawn of his home. Many broadcasters have interviewed the stars. Very few of them have spent extended periods of time with the stars and their families. A chance meeting with Neil Young’s boat "Ragland" in the Bay of Islands, led to a whole week spent with Neil soon after–windsurfing, and discussing life, family and music.

Freddy was then part of the team that took Radio Hauraki to the top of the radio ratings in New Zealand. A radio station that originally didn’t even have a legal license to broadcast was beating all their competition consistently through the late 1970s and early '80s. From there, Freddy was poached by the competition, and was a key member of New Zealand’s first (and also legal) FM radio station, 89fm Stereo.

What listeners say about Sure Beats Working