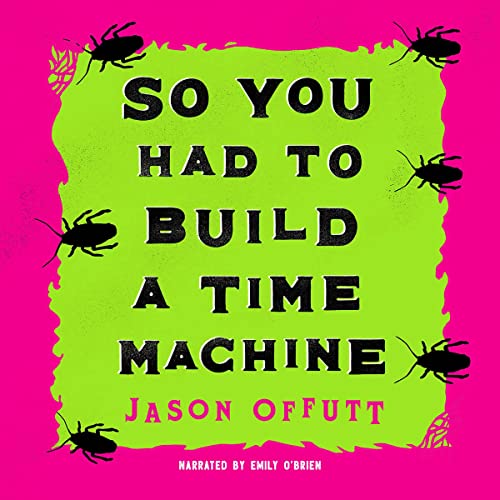 So You Had to Build a Time Machine

Skid doesn’t believe in ghosts or time travel or any of that nonsense. A circus runaway-turned-bouncer, she believes in hard work, self-defense, and good, strong coffee. Then, one day, an annoying theoretical physicist named Dave pops into the seat next to her at her least favorite Kansas City bar and disappears into thin air when she punches him (he totally deserved it).

And that’s only the start of her problems. Something in the world has gone wrong. Terribly wrong. Absolutely f--ked up.

Someone has the nastiest versions of every conceivable reality at their fingertips, and they're not afraid to smash them together. With the help of a smooth-talking haunted-house owner and a linebacker-sized Dungeons and Dragons-loving baker, Skid and Dave set out to save the world from whatever scientific experiment has sent them all dimension-hopping against their will.

characters that I liked and a plot that you expect from a time travel book where things are confusing until finally you get the gist of the thread. That part was fine. Well written.

but then it had to turn into a bloody horror movie. So I deserted it because it deserved it.

it's a pity but I don't trust this author to read any more of his books.