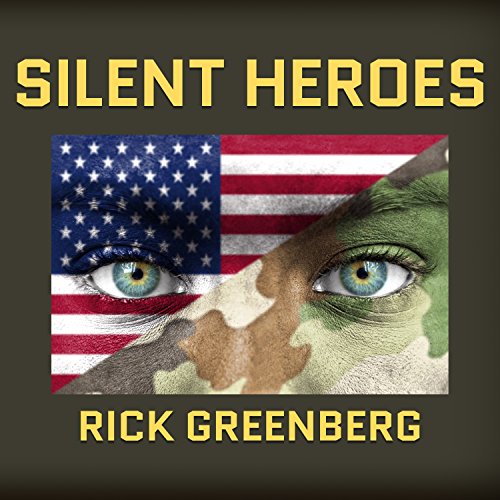 By: Rick Greenberg
Narrated by: Patrick Lawlor
Try for £0.00

Rick Greenberg joined the Corps right out of high school because he always wanted to be a Marine. Little did he know what it would ultimately cost him to even approach earning such a title.

After boot camp, "Greeny", as he was later known by his Recon team buddies, attended radio communication school in San Diego, California.

As a radio operator, upon arrival in Vietnam, Greenberg was both surprised and troubled when he was arbitrarily assigned to the First Recon Battalion, generally considered to be an elite unit, and normally manned by volunteers. He soon learns he must adapt quickly, or risk going home in a body bag!

The battle scenes Greenberg masterfully draws in Silent Heroes are both realistic and gripping. They can easily send cold chills down the spines of combat veterans, and dispel any false notions or glorified myths held by non-combatants.

What listeners say about Silent Heroes

Thrown into the fire

There was a tension and lots of suspense as I binged listening to find out how Greenberg was going to survive deep reconnaissance in Vietnam. The narrator was well cast for this performance, as his articulate voice didn’t sound like somebody who entered the Marines as a tough guy.

This was my first book written from the perspective of a radio transmitter operator in this war. That separately and alone would have made it a worthwhile experience for me. I felt there were bonuses in listening to Silent Heroes. The action was vividly described and I loved the book.

What did you love best about Silent Heroes?

True experience and timeline. Walked the same dirt, hills and same area of operations a year earlier than the author.

The grunt level history of the experience. Step by dreadful step. I could hear the claymores in my head, whip of the bullets that missed. Smell the stench of the paddies and jungles.

Which character – as performed by Patrick Lawlor – was your favorite?

1st thank you for your service to all the men and women of our military both past and present. 2nd this in an eye opening experience for anybody who does not know what Vietnam is or how it was fought. 3rd it's wonderfully narrated. comical, heart wrenching, and insightful.

Great read its a must in this genre

what a fantastic read the writer did a great job going through his recollection of the war and his experiences. The narrator was fantastic this is a great read and if you're interested in the war genre or the Vietnam War you should definitely read this book.

my father was marine in vietnam. I did a 20 year career in military this book is outstanding.

Been there done that

Was in first recon Alfa 1965 1 st Lt Frank Reasoner (CMH) was my platoon leader We were B co 4th marines in Hawaii and were assigned as Alfa upon arrival. Knew Charlie ridge well. Brought back a lot of memories good and bad. Job well done. Welcome Home marine

The story flowed well and the narrater is easy to listen to. plenty of Marine Recon action.

Very good book....lots of actio and narration was

Loved it! great listen. Narrator was great! would definitely recommend. Get it you wont be disappointed.

One of the best books I have ever read! You can feel the jungle under your boots, the smell of primers in the air, and the unparalleled fear at every turn. Greenberg shares this tale of rear American hero's. If you don't have an appreciation for Force Recon, you will by the end of this book.

a rare perspective and a rare way of offering that perspective. honest, real, and without unnecessary pomp or bravado. it's just the stories of a guys tour in Vietnam, exactly what I was hoping for.