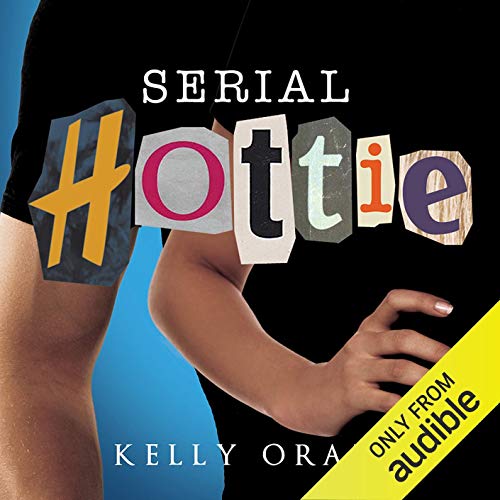 By: Kelly Oram
Narrated by: Callie Dalton
Try for £0.00

"Does that mean you don't have a boyfriend?"

I narrowed my eyes at him but he still figured out the truth. He gazed at me for a moment then asked, "Have you ever had a boyfriend?"

I blushed again. Even deeper than before. My lack of response answered the question for me. I think this was the reaction Seth was hoping for since he leaned in really close. I instinctively tried to back away from him but seeing as how I was lying in bed, and he was blocking my escape, the only thing I could do was sink down into my pillow.

"I wonder...." he said when I could sink no lower. I was flat on my back again, ignoring the discomfort the pressure was causing my stitches. He leaned completely over me, trapping me between his hands and hovering at arms length directly above me. His eyes were still quizzical, and yet they burned, almost wild, as he stared down at me.

When he spoke again, it was a whisper. A velvety-smooth, dangerous whisper. "Have you ever been kissed, Ellie?"

I sucked in a deep breath and then held it while the blood drained from my face. I was frozen, completely terrified by this beautiful boy and what it looked like he was about to do.

When Seth leaned in and brought one of his hands to my face, I flinched so violently it startled him. Instead of kissing me - which I'm pretty sure he wanted to do - he sat back up and whispered, "Okay. Relax." He brushed the hair away from my eyes, and then ran the backs of his fingers down the length of my cheek. "When you're ready." It sounded like a promise....

Hockey-obsessed tomboy Eleanor Westley has never been the object of a guy's affection before. So when the hottest boy she's ever seen moves in across the street and starts treating her like she's the center of his universe, naturally she's going to be a little skeptical. But everything starts to make sense when girls who look just like Ellie start dying all around the city. Obviously the new guy is the killer, and, of course, he only likes her because he wants to slice her into tiny pieces. Right?

The more Ellie gets to know Seth, the more she's convinced he's a psychopathic killer. Problem is, he's the sweetest psychopathic killer she's ever met. Not to mention he's brutally hot. No matter how hard she tries, she can't help but fall for him.

From the best-selling young adult author of The Avery Shaw Experiment and V is for Virgin comes a lovable, quirky, and wildly funny coming of age contemporary romance about a girl, her strange but hot neighbor, and the crazy summer that changed both of their lives forever.

Will Ellie find true love? Or will her summer of firsts turn out to be a summer of lasts?

What listeners say about Serial Hottie

I enjoyed the story and the characters but when I had about 3 and a half hours left I was over it.
Too much pointing fingers it was just all too much dramalama.
The ending was good, I don’t know really much else I can say it was just ok for me.

The narration was the best part at least for me. She kept me interested even when the story wasn’t.

I have loved other books by this author, however this one was just filled with awful characters (older and younger alike) written with no common sense at all. I won't be able to get back the time I spent on this book.

1. Serial killer on the loose, and the parents of a girl who fits the killer's profile leave her and her sister alone to go on their anniversary trip.
2. A teenage girl who thinks her boyfriend might be a serial killers, but stays with him anyway.
3. Two teenage sisters that act more like enemies than sisters - no matter their reasons throughout most of the book.
4. A police officer telling teenage girls not to share what could be "life and death" information with their parents, and these girls don't find anything wrong with that?

And there are more reasons, but I have wasted enough time on this book.

The narrator did a good job.

This book was not worth my time.

The story was ok,but let me just say that if I talked to my parents the way this spoiled brat of a main character did my butt would have been beat into next year. She was totally disrespectful towards her parents. I cringed each time she acted the way she did. Then she was also mean to her sister as well. I mean, I get it I went through the teenage angsty rebel stage, but NEVER EVER would I disrespect my family. The story wasn't too bad. I think I would've liked it a little more if the attitude was changed.

I liked so many things about this book and there are a lot of things I don’t like as well. first off they were named dropped in a different book that’s what made me want to read this one, and that was a big disappointment. Second the concert was cool but the people were all off. So u had this feeling of aww cool and awww really a lot but not in a good way. This was just disappointing and the ending literally sucked.

DNF. 62% of the book I could handle. I thought it started out great but I just didn’t tickle my fancy. Seth is a bit creepy and even, creepier after he explains why he is the way he is. I just didn’t fall for it and the more I continue, the more, I don’t dig Seth’s story. I guess this book does remind me of Head over heels movie but like, the TEEN VERSION? I know it’s meant for being a ROM-COM but it wasn’t in my favor. Heavy crime active is around this neighborhood but seems the way the book is going it was trending little too lightly about the subject. I don’t know if it’s because there were teens and don’t know any better or it’s truly how writer want it to be. Eleanor is pretty cool and Angela is so perky...total opposite...I mean, I truly dig the characters but I do not like the story plot. It wasn’t for me.

10/10 recommend!! This book was so brilliantly done. I was getting tired of the predictability of books i’ve been reading recently (Not Kelly’s books specifically, just all books/authors in general) I wanted a clean romance that had some action in it (action/romance combos being my favorite) and boy did this book deliver! I was constantly on my toes trying to predict the outcome while bracing myself for the possibility that all my predictions were wrong.
I don’t like gore, and Kelly had a good balance of keeping me I thrilled but not disgusted.
I 100% would recommend “Serial Hottie” buying this book was definitely worth it!

As good as Status Christi with extra romance and very human heroine with problems .

The storyline was disturbing. No over protective parents would do what her parents did. As a parent reading this, I had a lot of issues with it. Kelly is a good writer and I love her books, but this one was a little too sketchy and dark for my taste.

I enjoyed this story. The spunky girl and the hot guy with a little twist.

Oh no. The voice Callie Dalton uses to narrate is the voice most people use when mocking a stuck up brat or what other narrators use when voicing one of the mean girls.
I’m 5 minutes in and I just can’t. Probably going to see if I can find a hard copy and read this story the old fashioned way as I truly do love Kelly Oram’s books.
If you haven’t checked out her other books I highly recommend Cinder & Ella (both books) and Girl at Heart!