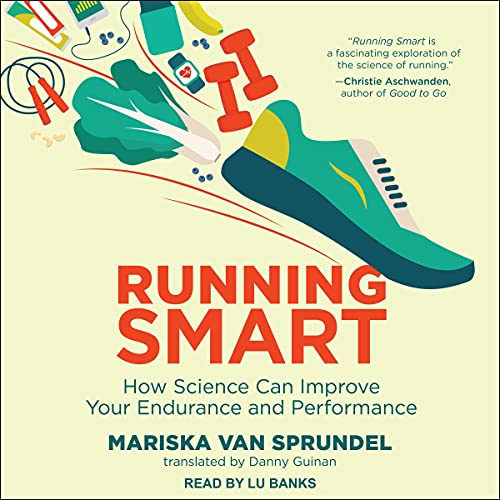 Conventional wisdom about running is passed down like folklore (and sometimes contradicts itself): The right kind of shoe prevents injury - or running barefoot, like our prehistoric ancestors, is best; eat a high-fat diet - and also carbo load before a race; running cures depression - but it might be addictive; running can save your life - although it can also destroy your knee cartilage. Often it's hard to know what to believe. In Running Smart, Mariska van Sprundel, a science journalist and recreational runner who has had her fair share of injuries, sets out to explore the science behind such claims.

In her quest, van Sprundel reviews the latest developments in sports science, consults with a variety of experts, and visits a sports lab to have her running technique analyzed. She learns, among other things, that according to evolutionary biology, humans are perfectly adapted to running long distances (even if our hunter-gatherer forebears suffered plenty of injuries); that running sets off a shockwave that spreads from foot to head, which may or may not be absorbed by cushioned shoes; and that a good sports bra controls the ping pong-like movements of a female runner's breasts. She explains how the body burns fuel, the best foods to eat before and after running, and what might cause "runner's high".

What listeners say about Running Smart

While there is a lot of emphasis on debunking common running myths using scientific research, the end result is a lot of ambiguity on what’s the best way to improve running form

I kind of expected more out of this book. Much of what she talks about in this book I had already learned from other sources. There isn't a whole lot new, if one is aware of the running literature. It just feels like the book is a little on the incomplete side. Because she hasn't run marathons, nor has she trained for them, that seems to be a hole in the book that many people would like to know about. The book is fine, but definitely not a complete book delving into the subject. I do feel that the performance is excellent and worth a listen for that alone.