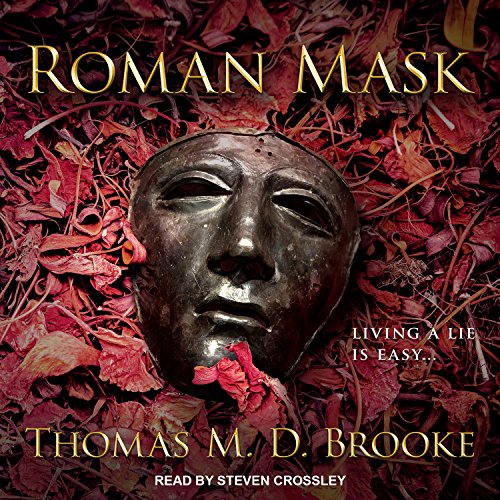 Rome AD 9. Augustus Caesar rules Imperial Rome at the height of its power, as the Roman Empire stretches across the known world. Cassius, son of one of her most powerful families, is the personification of Rome's imperial strength: wealthy, popular, a war hero with a decorated military career - none of Rome's fashionable parties are complete without him - except, he hides a secret. After his nerve is broken in Germany, the thought of genuine armed combat is enough to send him into a cold sweat of fear and shame. But this doesn't dissuade him from living off a false reputation so he can continue a life of casual affairs, wine, and parties, as he is seduced by the many vices of Rome. However, his scandalous life is soon upset by a summons from the Emperor's wife. It ends his happy decadent life and returns him to Germany to assist the Roman legions in their greatest ever trial, and the events that will resound down in history, in the dark forests of the Teutoburg.

What listeners say about Roman Mask

This is a long complex book and I loved every minute. Cassius and Marcus are fully-rounded characters. I have read plenty of ‘character-driven’ novels where the personalities were nowhere near as well drawn, and this book has story and history and action as well. It is a piece of literature the author should rightly feel proud of. Cassius is a Roman aristocrat, proud, entitled, decadent, and full of bitter self-knowledge. But, as we learn, he is far harder on himself than he should be. His relationship with his young colleague Marcus is one any soldier of today might recognise. I find in some books I simply cannot keep track of the characters. So many are thrown at me so quickly I become confused, especially when the names are ones I am culturally not familiar with though even when they are familiar, if there are too many I get lost. With a paper book I can flip back to check, but with Audible that is not an easy option. I never got lost here. Every character was so well drawn I always felt I knew who they were and could remember what might prompt their current behaviour. At first I felt the narrator voice was too old for Cassius as he partied around Rome, but as Cassius faced his future it fitted better and better. Beautifully written, gripping and beautifully read, I cannot praise it highly enough.

PTSD in the ancient world

An interesting concept explored in an interesting way. I was slightly put off by a number of howling grammatical errors and one scene was totally ruined by the heroine wearing a cotton stola. There seemed no reason for this rare and expensive fabric so it just came across as a mistake. I know it’s fiction but I should be watching the plot not the details if the writer has got it right.

A rollicking adventure with lots of surprises

Splendid narration by Stephen Crossley brings the characters to life in a terrific tale from Ancient Rome .
Bravery, nobility , love , humour from the heroes, , treachery, violence and cruelty from the hideous villains . All linked by surprises all along the way

One of the best Roman Historical Novels EVER

"Roman Mask" was gripping, well written, well researched and a wonderful story. The dialog is by turns funny, tragic, and powerfully moving. The relationships between Casius and the other characters made the story very believable, even though no Romans actually survived the Battle of Teutoberg Forest. The narration is pitch perfect - Steven Crossley adds so much to any recorded book.

The second novel in the series, "Bedrock of Empire" is out in text but has not been recorded. I hope Steven Crossley will make room in his schedule to turn it into another blockbuster audiobook.

One of the best books I have listened to in a long while! Hope to hear more from this author - would love to see this story continued.

poor guy can't win for losing it seems. A cautionary tale about what being a hero gets you.

The book was good but the narrator dreadful

The narrator undermined an excellent novel. Young heroes sounded as old as the narrator. Worse we’re the voices of the women. In general there was a vocal pattern that that drove me nuts! I see that there is no audio performance for the second novel. Good. If you can’t get a good reader then better no reader. Did Mr. Brooke audition readers? If he didn’t, he should. If he did and still hired Mr.Crossley, I would be happy to audition them for him. I bought the second novel and will let my imagination, inner voice, and Mr. Brooke’s prose do a much better job.

Excellent all around. Fine Historical Novel. Hopefully the heroes will return when Germanicus goes to even the Score. I must say one thing, the Author states that this was Rome's greatest defeat? Maybe it was the second to that time, the 1st and worst until than being maybe in the Punic Wars. Hannibal and his army much earlier defeated Roman Army's in one I believe 3 day battle at Canne?) & killed it is estimated & recorded approximately, 50,000 to 80,000 Roman Soldiers. This was before Marius' changes the Army from Maniples to cohorts and Legions and Julius Caesars( Marius' nephew) incorporated (auxillary troops in the ranks) especially Cavalry, (from other countries, who did it better than the romans as they were not known as great horseman like Arminius , his Germans and Celts to cover flanks, scout and attack infantry and other cavalry etc) and the Army was made a standing trained & eqiupted military force. Still Julius Arminius, trained as a Roman from a youngster as a hostage learned what was needed to create maybe the second largest defeat against Rome in it's history up to that time.