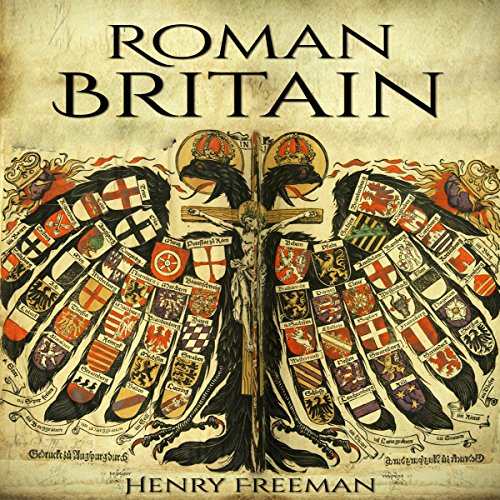 Roman Britain: A History from Beginning to End

By: Henry Freeman
Narrated by: Philip Sondericker
Try for £0.00

This audiobook takes a holistic look at Roman Britain, from the events leading up to its official inception in AD 43 until the Romans left the Isle entirely around AD 409. The timeline is straightforward, and each chapter delves into some aspect of Romano-British life: dealing with the concept of the Celts; when Britannia actually became Roman; how the two peoples attempted to blend their culture through religion; and lastly, why the Romans had to leave.

Inside you will read about....

It can be difficult to explain everything from a neutral, unbiased perspective as most of the records from the time are Roman in nature, but drawing on a variety of perspectives from archaeologists and historians alike has made for a thought-provoking assessment of the era. Rome's power bestowed cities like London and York to Britannia, and their lasting influence is still visible today in places like Bath and at Hadrian's Wall to the north. Roman Britain lingers on still.

What listeners say about Roman Britain: A History from Beginning to End

Just the beginning and end

At only just over an hour long, I thought this would be a concise overview. When you only have this limited amount of time, you wouldn't expect the author to spend 15mins defining what a Celt is. I understand its importance, but not for that long! It feels like half of the book is spent PRE-Roman Britain, covering Caesar's attempts and what a Celt is, and then moves onto the actual invasion. However, it describes what the invasion was, then moves onto religion and then the end of Roman Britain. It literally misses out what happened in Roman Britain, hundreds of years just missing. If you want an actual history of Roman Britain, read Guy de la Bedoyere's 'Romans In Britain' instead

This is a short recording, but it has a lot in it. It uses Roman Britain to highlight the many subtleties that even amateur historians must be aware of.