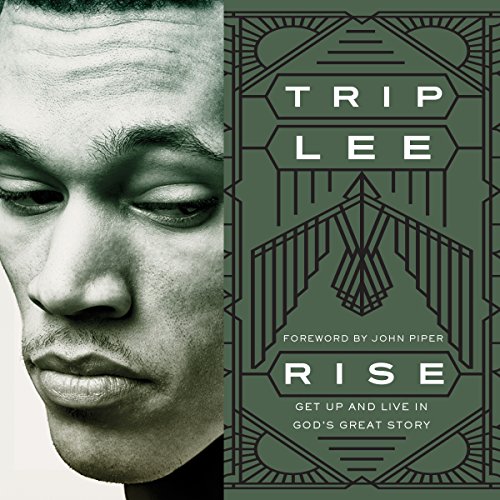 Society says youth is a time for carefree self-expression, but Trip Lee says God has called everyone to RISE from slumber, above low expectations, and to live for the risen King. The world tells us that our early years are to be irresponsibly enjoyed rather than devoted to meaningful pursuits. We're told that responsibility and commitment are burdens to be put off as long as possible. And so, most of us spend our youth in a sad state of slumber - sleeping in on life until we're forced to get up. The problem is that life has already begun. It's happening right now. And God has called you to live it.

In this powerful book, Trip Lee argues it's time to wake up and RISE, to live the way we were created to live. Young or old, we've been called to live for Him. Right now. Young believers face the same problems as older Christians, but they feel them in unique ways. RISE addresses those core problems in an engaging, profound, and life-changing way. Don't just sit there: RISE!

What listeners say about Rise

Disposed of a lot or truth and knowledge. has motivated me to look at certain aspects of life and truth a lot differently.

Trip does an amazing job with this book, great for all ages. highly recommend no matter where you are in your walk with Christ. 👏🏼👏🏼👏🏼

A must read for young people leaving home

This book should be given to all high school graduates and people leaving home. This is a great conversation about the necessity of having a relationship with Christ and sharing the gospel. I will be sharing this book with my grandchildren. I think he gives a profound prospective of being conscious and living in Christ.

I loved the challenging thoughts that Trip presented toward young men Christians or not. Definitely worth the time!

Must read for a new or seasoned believer. This book was a great reminder and refresher to the biblical trajectory and perspective that is necessary to grow from spiritual infancy to spiritual maturity.

I enjoyed this book so much because it fit my life in so many ways. I am happy he is speaking to the youth. I wish I had serious real life chats as such as in my teens into twenties. The narrator was also great in his audit of the message conveyed. I would recommend this book to anyone.

I think this is a great book for inspiring young Christians to live out loud in this fallen world and I applaud Trip for writing it. only question I have is why didn't they have Trip read it, not that the narrator didn't do a good job.

Such a spectacular book

The Call to Punctual Obedience

Trip Lee's story gives hope to young people and smiles to old people. Trip talks about his life from youth to music while pointing out his experiences and decisions he made as a new Christian from the teenage years. "Rise" is a call to obey God immediately when in relationship with him and not to procrastinate to older age. Good insight for the college folk. It isn't the greatest musician story I've ever heard, but it is a great one nonetheless.

loved this book. very real outlook on being young in the life Christianity. GreAt book for boys

Mr Lee has a beautiful heart and his passion comes through and his writing. Passing this on to my 14 year old who loves his music!