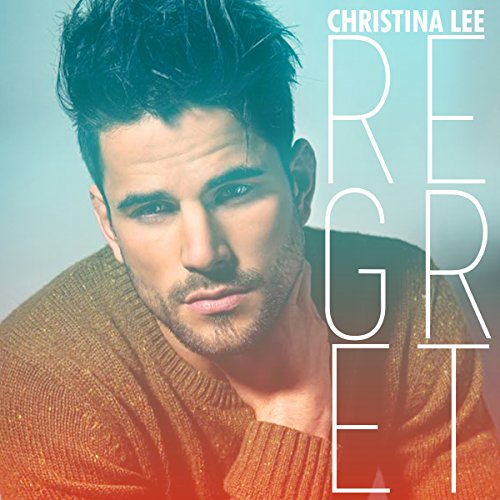 By: Christina Lee
Narrated by: Michael Pauley
Try for £0.00

When Brian "Brin" Schubert's condo floods, he takes his co-worker up on the offer to stay on his crappy futon for a while. The last thing he expects is for his friend's roommate to be the one guy he despises the most. The same guy who stomped on his heart senior year of high school. And by the looks of the girl on his arm, the same man who's still deep inside the closet.

Nicholas Dell never predicted that 11 years later, one of his greatest regrets would show up on his doorstep down on his luck. Nick has made some terrible mistakes - story of his life - and he's been paying for them ever since. And if the guilt and shame aren't enough, his first crush had to turn into one of the sexiest men he's ever laid eyes on.

Nick and Brin have weeks to steer clear of each other. Weeks to avoid strangling each other. But when stubbornness leads to skyrocketing sexual tension, hate-sex doesn't seem like such an awful way to work through their frustration. Except hate is a powerful emotion, especially when it's turned inward. And in Nick's case, he's been drowning in a sea of self-loathing for so long, he can't see his way out.

As Brin reconnects with Nick, his perception of what really happened in their past begins to change. He's finally ready to forgive him and take a second chance on the one guy who stirs him like no other. But Nick's demons are complicated, heart-wrenching...demanding. So devastating, he might never allow himself true happiness - even with the one man who's always owned his heart.

What listeners say about Regret

I enjoyed this Contemporary Romance MM story. I love a second chance romance and this was kinda that. I enjoyed the characters even if they were a little immature at times. I liked the romance and the sexy scenes best. This was a sweet story with hot sex, some angst and some sad past baggage but with a HEA that makes it all ok.

I'm not a big fan of Michael Pauley. He is a good narrator up until the sex scenes then he gets a little creepy to me. The moaning, groaning and grunting makes it seem more like he's hurting than enjoying it and his excitement level reminds me of a Hockey Announcer giving a play by play.

Good book but very sad. Would have liked it if it was a bit longer

Great book ! Best in the series

This is my favorite book in the series. All of them are great ,this one though takes the cake. The emotion and passion shared between the two mc's IGNITES !

At first I wasn't really sure about this one, but Miss Lee came through in a BIG way. I usually feel really depressed with struggling characters but this story was just too precious and heartbreaking, not forgetting extremely sexy and hot, did I say hot?

I must admit at times a felt a little frustrated with the depressing monologues, there’s only so much a girl can take... But the sweet times were so beautiful you couldn’t help but cheer for these men to find their happily ever after.

AUDIOBOOK NARRATION: hated it, I refuse to lower the stars on this book on the base of that, but if I could I would give it 2 stars. The narrator spoke like it was a machine, at times I thought Siri was narrating, definitely didn’t let me sink into the story.

Michael Pauley is my absolute favorite!

I read a review saying that book was sad, so I put off listening for a while, but it turns out that the back stories are sad but it's a beautifully written book and a HFN/HEA which is my favorite! Michael Pauley's character voices are incredible and he truly makes the story come to life! (And he makes the sex scenes extra steamy)!

This book is great... I actually did it all in one go cause I couldn't stop listening. Can't wait to get more in the series.

I have no regrets with Christina Lee's REGRET! This m/m, 2nd chance romance will have you by the chest till the very end! Although I wished it was longer, Michael Pauley's narration of Brin AND Nick, had me listening in one sitting. I can listen to Michael all day so that was a bonus but Nick's inner struggle and yearning for Brin had me from the beginning and Brin's own doubts and already broken heart will have you hoping for a HEA for these two at the end. Lee writes from deep within, penning emotions that everyday people struggle with. She shares with her readers/listeners heart break, first crushes, loss, doubt, denial, regrets, but also lust, yearning and finally falling in love again. I give REGRET and Michael Pauley's deliciously sexy voice five aching stars!

I can't believe how much I loved this book... so much pain, love, and gilt I actually 😢 in so many seance! Michael Pauly you are a freaking genius the feeling you provided with your voice is absolutely unbelievable I can't explain how much I love your performances thank you for an amazing book

Regret was a second chance love story. It was good, low angst. This is my 3rd book by this author, and I will continue to buy her books. The narrator did a fantastic job as always 💕💕

Such a heartfelt tale. An instant favorite for me

This is the type of story that becomes an instant favorite. The story, the characters, and the narrator all pull together to make this a must listen to. This was a first for me from this author, but definitely not a last. Also kudos to the wonderfully amazing Michael Pauley, he once again hits it out of the ballpark with his incredible narration skills.