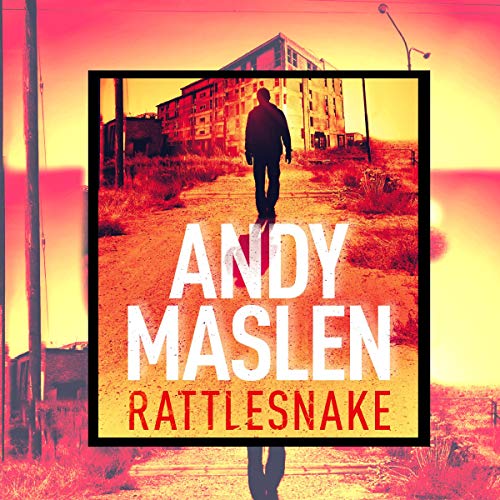 By: Andy Maslen
Narrated by: Gethyn Edwards
Try for £0.00

When SAS veteran Gabriel Wolfe receives a five-word text, his self-imposed exile in Hong Kong comes to an abrupt end. Honoring a blood oath he swore with Vinnie Calder, Gabriel investigates how the ex-Delta Force sniper ended up dead in the middle of the Texan desert. What he discovers shocks the battle-hardened soldier to the depths of his soul.

Assisted by biotechnology tycoon Clark Orton, a deniable CIA team is planning to trial a new biological weapon on Cambodian orphans. Operating alone, Gabriel traces the plot to the heart of the Cambodian jungle. But powerful people want Gabriel silenced, permanently. And they’re happy to use any means necessary to protect their asset.

Action hotter than a machine-gun barrel!

This non-stop action thriller is the sixth novel in Andy Maslen’s Gabriel Wolfe series. The action never lets up, whether Gabriel is silencing Russian “businessmen” in a London hotel room or fighting for his life against a CIA agent in the middle of a killing field. His Special Forces skills are tested to the limit, from surveillance to covert entry to close combat to demolition.

What listeners say about Rattlesnake

Another good outing for Gabriel

I really enjoyed this. Still none of the sequels have been as good as Trigger Point was, but I really like the Gabriel Wolfe series. Far fetched (in a good way) and a lot like a modern-day Bond story. On to the next one….

Not Worth the Time or Money

I bought this book looking for another good writer of thrillers and I thought with the high ratings maybe this author would be good but he does not make it. The story makes little to no sense, the characters for the most part are one dimensional and uninteresting. I listened to the narrator Gethyn Edwards who is pretty good but it is hard to make a poorly written book interesting.