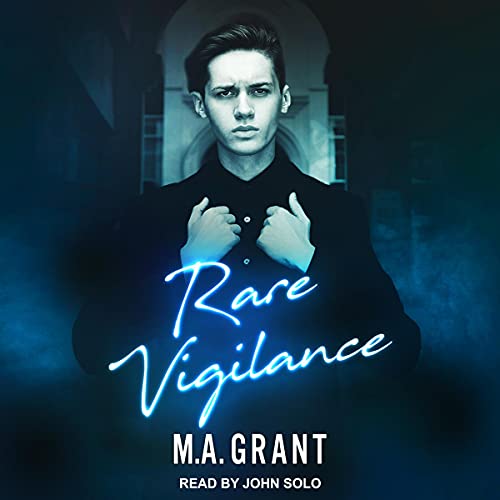 Everything had a price. Especially the truth.

Former Marine Atlas Kinkaid knows not to ask questions about the clients he protects at the behest of the elite Whitethorn security agency. Just like he doesn't like anyone asking about his scars - scars left by a mysterious attack that haunts his every waking moment.

Consumed by the need to find out what happened to him, Atlas takes a job providing security to Cristian Slava, the indolent - and gorgeous - son of a notorious businessman. Cristian seems to be just another entitled client, but when nights at the club turn into secret meetings and people start going missing, Atlas realizes there's more to Cristian - and to protecting him - than meets the eye.

But the same people who are after Cristian have something Atlas desperately craves: They know exactly what happened the fateful night he was attacked-and are willing to tell him everything....

What listeners say about Rare Vigilance

The concept is interesting and well written. The characters are likeable and the narration is good.

The well constructed characters pulled me into the story immediately. On the surface Atlas and Cristian seem like stereotypes. Atlas is a gruff former Marine with PTSD, and Cristian is a snotty heir to the family empire. Then the reader gets to know the characters... I really liked how M.A. Grant evolved these characters.

Just like the characters, the plot has so much more going on than just the surface plot of a bodyguard becoming attracted to his difficult client. So much more.

The narration was well performed. The end of the story is just a stopping place. I'm glad I picked up the next book after listening to only a few chapters of this one.

Great book and the story in this series is enjoyable. The books are Read by Jon Solo. He is not a Narrator. He ruins the books for me.

A fast read and was fun. A good way to spend an afternoon. Will read the next one!