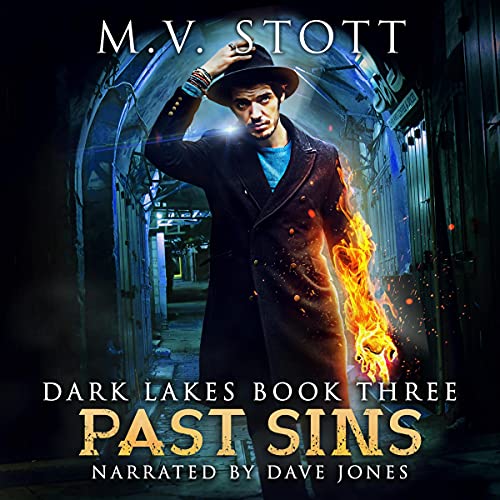 A long time ago, Joseph woke up next to a lake with his past scrubbed from his memory. Now, 10 years later, secrets will be revealed.

It’s time for Joseph to discover the truth of his mysterious past, but for that to happen, it seems he’ll need to embrace his dark destiny.

And that’s not all poor Joseph has to deal with.

There’s also a spate of bizarre animal slaughters sweeping the area, a strange man who believes something monstrous is taking over his village, and a blossoming romance that may or may not be tainted with pure evil.

This is it. The end game. The place this story has been heading, right from the start. At long last, Joseph is about to learn his origin story.

But when he discovers the truth, will he reject his old ways, or will he finally give in and become the Magic Eater?

Mystery, scares, and fast-paced action collide in this thrilling urban fantasy series. Listen to Past Sins now for a rivetting tale you won't be able to pause.

What listeners say about Past Sins

“Give that monkey a lemon”

Absolutely flipping fantastic!
Ok, so maybe there’s not as much of the idiotic banter as in the first 2 (as the grimmer plot was coming to its conclusion), but boy is it a great book!
It still had me literally laughing out loud at times and it’s just such a great story with brilliantly done characters!
I could listen to these stories all day long and never get bored.
The narration perfectly suits the books too as if Dave was born to narrate this book!
Honestly, get this series now!
Amazing!
This is my honest opinion on a free review copy.

What a marvellous end to the trilogy. So exciting. Fabulously written and superbly narrated. So sad that there’s no more……

This was great writing and voice acting at it's finest! I would absolutely recommend to anyone to listen. Thank you for the entertainment :)