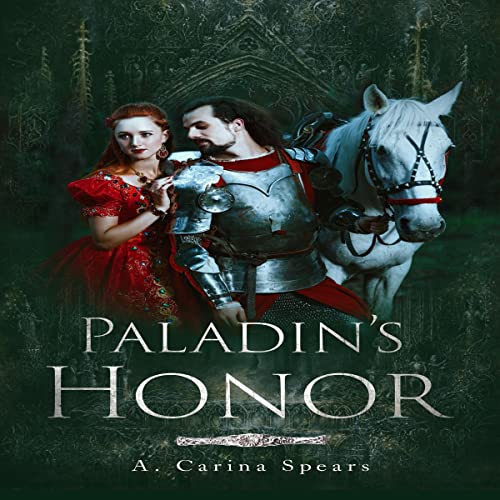 By: A. Carina Spears
Narrated by: Myranda Martin
Try for £0.00

Devon is a paladin from the Order of Rhys, the holy knights who fight against the undead to keep the populous safe. Yet, even paladins are not immune to becoming the cat’s paws for liches and their minions. So, when a routine check-up on his best friend’s family turns up some suspicious activity, he sets out to make sure there isn’t a dark force behind it.

Mirabelle has seen a lot of things in her life. She saw her sister-in-law-to-be get killed at the hands of a vampire, and she watched as her brother, Theovald, walked away to join Rhys’ ranks. While he sought answers from the Divine and fellowship with Devon and the other paladins, Mirabelle chose a different path. Running with the local Thieves Guild gives her a sense of power and protection, but is it really all that it seems?

Two destinies collide as Mirabelle and Devon meet. Which path leads to safety? Does something darker lurk in the shadows? In a world fraught with peril, can an honestly good heart change what fate has in store? Can an unexpected offer change both their lives forever?

Most of all, can love come after?

What listeners say about Paladin's Honor

I loved this story, I want more, I want to know what happens next! The Narration was done beautifully.