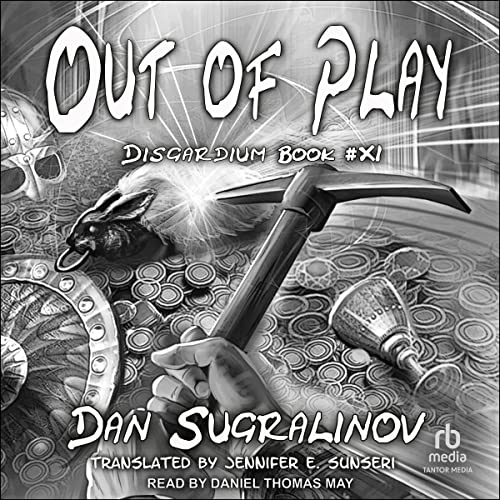 By: Dan Sugralinov,Jennifer E. Sunseri - translator
Narrated by: Daniel Thomas May
Try for £0.00

Alex Sheppard returns to the real world only to realize that it's game over for him. At the age of sixteen, he's destroyed the carefully laid plans of the most powerful people in the world, incurring their wrath. Now they're thirsting for his blood, and they know where to find him.

The criminal Triad, the two-faced Cartel, the hypocritical preventers were child's play, nothing more. But he has to operate outside the law now his sworn enemies rule the planet.

And Alex has a score to settle—they killed his friends, and he's hungry for revenge. The hour of reckoning is drawing near, and the retribution of the Sleepers is unfolding.

What listeners say about Out of Play

loved it... how will it end.... waiting on the last book in the series to get the conclusion

I was a little doubtful when starting this book at how the story could be progressed but Dan Sugralinov pulls it off in epic style. This continues to be a very entertaining series and one of those LitRPG series with a bit more meaning than most. I cannot wait for the next book which I imagine will be even better than this one.

This message is for the offer. I really enjoyed this book. And I can’t wait for more book to see what happens next.
But if I had to go through that citizenship test That Alex went through I would lose my cool and get pissed off. I don’t do good with things like that and but I hope Alex Will be able to escape to space in the next book

another amazing book in this series

first part of this book is about the citizenship test. an other things that happen in the real world. the other well you guess it takes place in the game world were scythe finds out he gets screwed again an has to figure out another way to get his status back with all odds against him. an yes it seems there will be another book coming cant wait