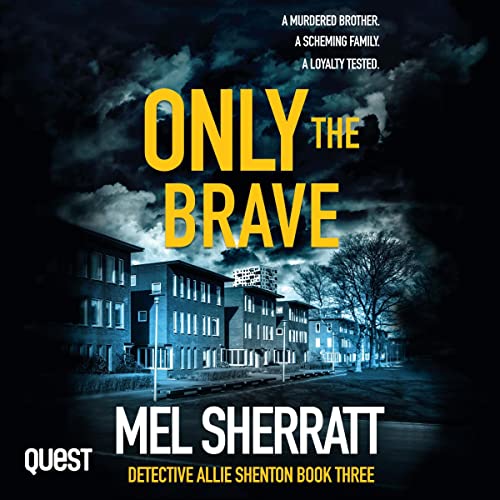 By: Mel Sherratt
Narrated by: Antonia Beamish
Try for £0.00

A murdered brother. A scheming family. A loyalty tested.

When one of the notorious Johnson brothers is murdered and a bag of money goes missing, a deadly game of cat and mouse is set in motion.

Detective Allie Shenton and her team are called in to catch the killer, but the suspects are double-crossing each other and Allie has little time to untangle the web of lies.

As she delves deeper into the case, things take a personal turn when Allie realises she is being stalked by the very same person who attacked her sister seventeen years ago and left her for dead.

It takes a dedicated officer to bring everyone to justice, and now she's up against it all. Will Allie finally catch the man who haunts her nightmares, as well as the suspect she's chasing? Or could either leave her in fear of her own life?

Set within the gritty streets of Stoke-on-Trent, this fast-paced British detective novel is a dark murder mystery with an emotional pull.

Only the Brave is the third novel in the Allie Shenton series of crime thrillers from the million-selling British author Mel Sherratt, and perfect for fans of DS Butler, LJ Ross, Angela Marsons, Joy Ellis, Rachel McClean, Caroline Mitchell and Meg Jolly.

"Sherratt is a unique voice in detective fiction."—Mail on Sunday

What listeners say about Only the Brave