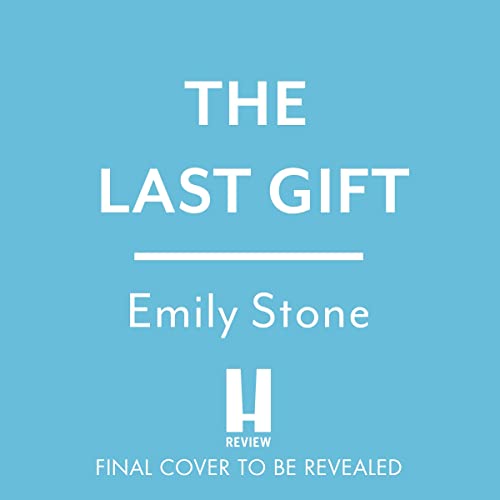 By: Emily Stone
Narrated by: Heather Long
Pre-order: Try for £0.00

From the author of Always, in December, The Last Gift is a moving and heartwrenching love story that follows two unforgettable characters on a journey from London to New York to Paris and finally to the beautiful, remote Welsh mountains. The perfect read for Christmas - and all the year long.... Perfect for fans of Cecelia Ahern and Jojo Moyes.

Every year since Cassie was small, her big brother Tom has left her a trail of clues leading to his Christmas present to her. It's been only the two of them since their parents died and they were taken in by their grandparents, and Tom has always loved seeing his sister's face light up when she finds the gift at the end of the trail.

Years later, their tradition remains. To Cassie, Tom has always been her rock. So when she gets the news, just before Christmas, that Tom has been killed in a climbing accident, her world is shattered.

After the funeral, Cassie is stunned when she finds a hidden note from Tom in her flat. It's the first clue that will lead her to his Christmas gift this year; he must have set up the treasure hunt before he went away. A heartbroken Cassie decides to follow the clues and find her brother's last gift - not realising she is about to discover more than she ever realised about her brother and their parents.... Or that the trail will lead her to love, in the very last place she expected to find it....

What listeners say about One Last Gift