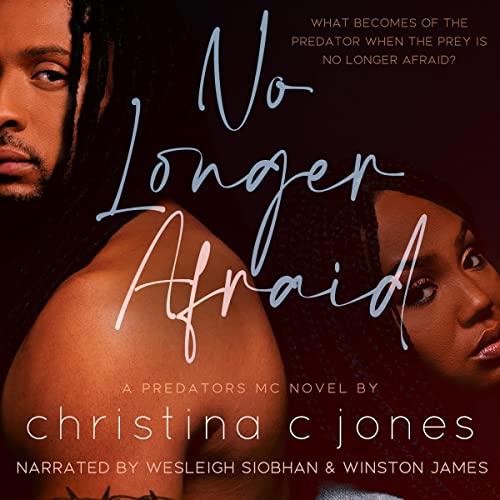 A name–a definition–that was never supposed to be triumph, but a condemnation. A reminder of a certain place in the world–of a responsibility to the other living beings in the ecosystem.

As second-in-command of the Predators MC, Tatiana Tate is well-versed in both the expectations and reality of sustaining her way of life. In the wake of a tragedy that shook the whole organization, she’s had no issues stepping into power beside her lifelong friend–her brother. But even in the midst of their efforts to rebuild, the need for revenge against an unknown hunter looms in the shadows.

Good thing the shadows are more than familiar to Onyx–he thrives there on the fringes, with no place to truly call home. Orphaned by cruel decisions made before he was born, he’s the perfect secret weapon in the club’s struggle against an unidentified foe with a mostly ambiguous agenda.

They want the Predators wiped out.

That much is clear.

But nobody with Predator ink goes down without a fight.

Even the strongest prey isn’t immune to a determined predator.

But wise prey studies, until they are no longer afraid.

(Be aware that this title ends in a cliff-hanger!)

What listeners say about No Longer Afraid

I saved this one for a 10hr road trip running off of 3hrs of sleep. I figured it would at least give me 5hrs of drive time before having my husband take over but no ma'am. I drove the ENTIRE way....barely wanting to stop because I had to hit pause. CCJ is a PHENOMENAL writer and I always enjoy her work!! ❤️ Something about this one was just different though. I'm not sure what is was just yet but it was a good different. (I'll come back with a follow-up once I figure it out 🤣). Wesleigh and Winston did their "thang"!! ❤️ EXCELLENT narration as always! I don't know how much time will pass until the next book in this series is on audible but I pray I won't have to wait long.

I was trying to capture the "High" I felt after reading Anonymous…Whewww, that book touched all four chambers of my heart!!! I should’ve just rested instead of jumping into another one of Ms. Jones books. Not sure why I couldn’t get into this storyline. I’m definitely purchasing part two of this book. Hope I can get my High back, because Anonymous was EVERYTHING!!

Could not put this down!

This is such a well developed story. I really respect CJ’s careful weaving of details from many of her other books. It’s like all of this is so well thought out, because it is! Character development? On point. Imagery? On point. Story flow? On point. Narrators? On point. Keeping you at the edge of your seat and not shying away from tough subjects? On point! Honestly what are you waiting for. You need to read this book. Ending took me by surprise. I’ll take my time to read the second one because I don’t want it to end since the third one isn’t out yet.

The story is a A SlowBurn but... Love it! a couple Triggers. Cliffhanger... I am about to dtsrt book 2. Awesome Narrator's and they brought the HEAT 🔥

This is one of the books 📚 that if you can see pictures in your mind that it is seeing a movie 🎥 there!! So well done that it is one that. You “MUST LISTEN TWICE!” 😳🥰🥵

When I say this is her best novel!!!! I literally ignored my job and kid to listen to it all day lol I need part 2 ASAP

Can’t wait to read the other book! Twist and turns kept my attention. Perfect book!

the best book ever we need book 2 I can't believe

she ended the book at this point! Baby thus was fire. loved it as always

I hate Cliff hangers but now I’m really happy I purchased the next book.. here I go on the next ride!

narrators were great, but Tati was annoying like how you make emotional decisions, then afterwards be confused when stuff happens. like that was driving me crazy for being VP of the Predators she was acting like she had no common sense. overall good listen.