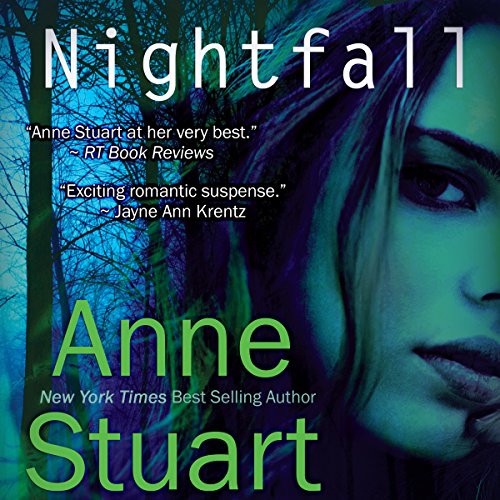 By: Anne Stuart
Narrated by: Evan Harris
Try for £0.00

This is my fate...to die for unspeakable crimes. All I ask is that a stranger give herself to me and to my secrets.

Richard Tiernan has been sentenced to death. With an ulterior motive and a heart full of dark truths, he agrees to tell all to an ailing writer whose greed and ambition are so strong that he will even give his own daughter to Richard in return for one last Pulitzer-winning story.

I want Cassidy Roarke. I need her. But she has to prove she's worthy. That she can be trusted.

Cassidy's spent her life struggling to earn her father's respect and love. Now his health is failing, and her feelings for him are even more complex. Loyalty is a sacrifice. Daughters can be broken by their fathers. She has to help when he calls. He's bailed Richard Tiernan out of prison just long enough to coax the shocking facts out of him. What happened that night? What did Tiernan really do to his family?

Her father will sell his soul to the Devil before he dies. So be it.

Richard Tiernan may take them both to Hell.

New York Times best-selling author Anne Stuart is a grandmaster of the genre, winner of Romance Writers of America's prestigious Lifetime Achievement Award, survivor of more than 35 years in the romance business, and still just keeps getting better. Her general outrageousness has gotten her on Entertainment Tonight, as well as in Vogue, People, USA Today, Women's Day, and countless other national newspapers and magazines. Anne's multi-genre booklist appears on numerous award and best seller lists. Visit her at www.anne-stuart.com

What listeners say about Nightfall

I like Anne Stuart a lot, and the storyline of this book was intriguing to me. I'm not sure if it was the narrator (not horrible but he made the main character sound evil like a vampire or something?) or slow pace or what but I found myself skipping ahead a lot. the two main characters just don't draw you in.
not one of best at all.

Falling for a serial killer puts a new twist on suspense romance genre. I love Anne Stuart’s ability to combine a vey dark genre into something so passionate. This is one of her older titles but it still holds to Stuart’s ability to keep you intrigued.

I enjoyed every minute. At times I could relate to Cassidy and other times she drove me crazy. The hero kept me wanting more and kept me guessing. The true villian filled me with anger and disgust as a true villian should.

Anne Stuart is among the masters of romantic thrillers. This story will keep you wondering what secrets each character is hiding while also exciting your more carnal imagination. Evan Harris gives a convincing performance for each character, but especially the hero. Or is he the hero? You'll have to listen for yourself to find out exactly who Richard Tiernan is and what he wants with Cassidy Roarke.

Once you wrap your mind around the idea that a convicted murder could be released on bond before sentencing, much less travel internationally, this turns into a good study of the impact of domineering fathers on their daughters. But for those of us living in the post 9/11 world of surveillance, computerized no-fly lists and TSA, it's a stretch. Just remember the book was written before that and go with it.

If you love dark romance, this is an early example of an author pushing the traditional publishing envelope before e-books and self-publishing came along and allowed other genres to flourish. The influence of the editors putting the brakes on the author results in a two-part feel to the book. More of a traditional suspense in the first half, then a darned good listen in the second.