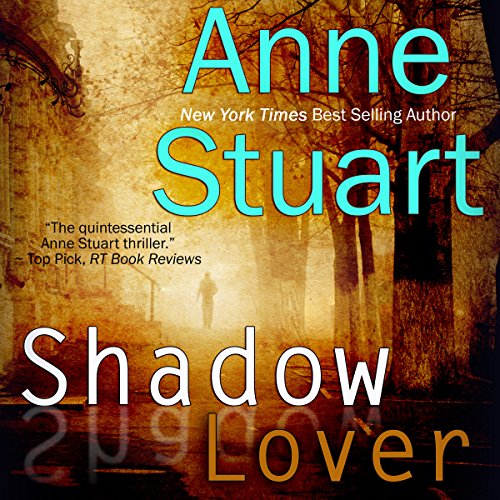 By: Anne Stuart
Narrated by: Michael Pauley
Try for £0.00

Victim. Lover. Both? His dark game is seducing her - just as it was when they were young.

How can he still have that power over her? Eighteen years ago, she saw him die.

Wealthy, selfish, and greedy, the McDowell family raised Carolyn McDowell - a foster child - like a modern Cinderella. Neglected and ignored, good-hearted Carolyn adored scion Alexander despite it all, even though he tormented her.

When Alex ran away one night, Carolyn followed and witnessed his murder, though she never told anyone. Her beloved Alex died when he was 17. There was no doubt.

Eighteen years later, Carolyn returns to the decadent milieu of the McDowell clan to care for her dying foster mother, Sally. As greedy relatives gather to claim their inheritances, a stunning stranger arrives, claiming to be Alexander. To Carolyn's utter shock, Sally greets her "son" without question, and no one but Carolyn believes he's a fraud.

As she delves into the mysteries of both the past and present, Carolyn quickly realizes that the resurrected Alex is a dangerous combination of seduction and power. Is this stranger after the McDowell fortune, or is he really, somehow, the Alex of old, coming back to claim her? How can he be an imposter and yet know family secrets only the real Alex would remember? Was someone helping him?

What would you do if the boy you loved returned almost 20 years later and you fell in love with him all over again - even if you were sure it couldn't be him?

What listeners say about Shadow Lover

Carolyn was Fostered, but never adopted, by the wealthy MacDowell family when she was 2 however, apart from her Foster Mother Sally, she never really fit in with the rest of the family and she was never treated as one of the them either, she felt like a round peg in a square hole, but she desperately wanted to belong and to have a family to call her own. All except her Foster brother Alex who, at her tender age of 13, she loved and not in a brotherly way - he was handsome and Carolyn saw past his hard shell and something inside her young body came to life whenever he was near. But, at 17, Alex had become reckless, spoilt, self absorbed, selfish and erratic and, after a heartbreaking encounter when he robbed her, she watched, paralysed in fear and heartache, as someone shot and killed him.

Now, years later Carolyn watched again but this time it was the imposter, who claimed to be Alex the long lost prodigal son, as he so easily fooled everyone, including Sally - his dying Mother who she'd selflessly come home to look after, oh yes he'd fooled everyone.... everyone except her. However, if she exposed this man as a lying money hungry fraud then it would break Sally's frail heart once again but could she let things play out and live with the truth? Could she this imposter claim money that wasn't his? And who was feeding all that knowledgeable information to him that only a close family member would know? She was mixed up with questions and an ever growing burning desire for the man that looked so much like her lost love, was intense, charming and charismatic when he wanted to be but was such a manipulator and their constant heated arguments only fuelled the sizzling chemistry that easily flared between them.

The man who played Alex wasn't happy - he was surrounded by a dysfunctional greedy toxic family and their poison grew worse as the days slipped away from his dying 'Mother' and the relentless attraction to the naive and caring Carolyn was making him lose focus on his plan.... the end game that he needed so much. The plan had been to seduce Carolyn if he needed to, win her trust, deceive and convince her and then have her declare to all that he was Alex.... it was simple, easy to achieve but he was struggling between his cravings for her, his conscience and his end game. And somewhere along the line, as the lies, secrets, mind games and unspoken truths piled up, his heart had joined in in this now sour and deadly game which he had to take to the next level and finish..... no matter the cost - to himself, to Carolyn and to his heart.

This was, without a doubt, a story that drew me in from the start because I too desperately wanted to sift out the truth from all the lies and the hard facts from all the bullshit.... but I wasn't ready for all the layers and layers because, as one lie was exposed, another secret or twist effortlessly slipped in and took its place. Nothing was as it seemed and nobody was who you assumed them to be and so the who, what and whys just kept piling up. 'Alex' and Carolyn's relationship started off on very rocky ground as the accusations and verbal sparring reached climactic heights then their heated interactions ignited passionate demanding kisses, needy embraces and a few stolen sex scenes. However their overwhelming hunger to know the truth blinded them to the voyeuristic face that had been eagerly watching their every move.... the smirking face that held all the answers and.... the evil face that had eyes filled with greed and misguided retribution. But eventually they did come face to face with the person who'd orchestrated, carried out and held deadly plans for them.

Worth a credit? The story was genius as it slowly and deliciously unravelled itself, the twists were endless, the drama angst and suspense was continual, dual POV's, good narration and the romance was an emotional roller coaster..... and I loved it all. So, IMO, very creditworthy.

Somewhat boring and predictable - couldn't even finish it. Narrater is not horrible, but sounds a tad bit like a male SURI voice. Wish I hadn't spent a credit on it, but if you like cheesy romantic novels, you might be ok with it.

I loved the turns and twists. This story keeps you guessing until the very end.

The Narrator was hard to listen to.

I think the story would have been good, but I tried several times to listen to this book and the narrator was just annoying. I returned the book unread. I will buy a paperback.

This was my first book by Stuart and I have to say I was pleased with the story she penned. I found the story entertaining, suspenseful, and of course the back drop of a love story from the past appealed. This story begins with Aunt Sally slowly deteriorating and her prodigal son returning to resolve issues of his past. Carolyn was adopted as a baby and raised within the family. The family came to depend upon her loyalty. As Sally lie dying and Alex returns (seemingly from the dead as Carolyn is convinced she watched him die) the family gathers and the problems begin. With millions in balance the family drama only increases. This is credit and most certainly a sale worthy listen!!

ANOTHER GREAT STORY FROM ONE OF MY FAVORITE AUTHOR

Anne Stuart is one of my favorite authors. I've read and listened to every one of her books that I've been able to obtain by buying or borrowing from a local library. I am so glad to see that some of her older books are being done in audio format, which is my favorite. I'm buying them as they become available. So keep them coming Audible!!!

This kept me listening. It was a bit predictable, but did have enough twists to keep it a good read