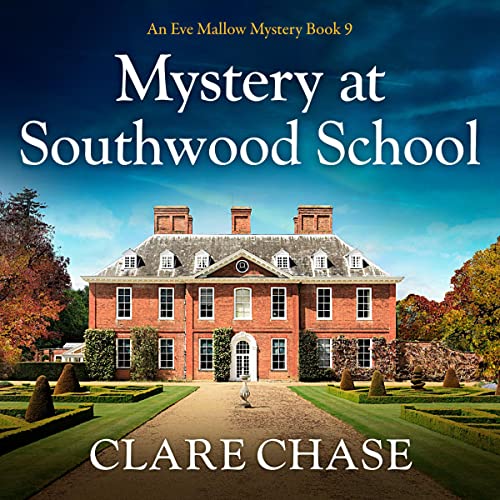 By: Clare Chase
Narrated by: Eilidh Beaton
Try for £0.00

Eve Mallow’s going back to school! But when a former student is murdered, Eve must discover who taught her a deadly lesson....

Eve Mallow is delighted when she’s asked to cater Founders’ Day at Southwood School. It’s the best–and most secretive–school for miles around, and Eve can’t wait to see what it’s really like. But when she arrives, the atmosphere is far from scholarly. Natalie Somerson, ex-pupil and professional gossip, is the guest of honor, but nobody seems to want her there...especially when her speech stirs up an old scandal about a secret love affair. So why was she invited?

The next morning, Natalie is found dead in a locked attic room. To make matters worse, Eve’s boyfriend, Robin, becomes the police’s prime suspect. Determined to prove his innocence, Eve starts to investigate everyone with a stake in the school. Is it the prudish principal, worried about Natalie’s influence? Her former teacher, whose life Natalie made miserable? Or the head girl, who seemed to hate Natalie one day and adore her the next?

When strange letters arrive at the school and Eve finds a bottle of Natalie’s perfume in the most unexpected place, she senses time is running out to save Robin’s good name. Eve had better study her suspects and unmask the real killer...before they give her a fatal mark!

What listeners say about Mystery at Southwood School

Great book, by far my favourite of the series!

This was a really good story, I binged this in one day. I love the characters, Viv is amazing and has a much bigger part which I am very pleased about same with Robin. As always Eilidh Beaton's performance is wonderful. This was a solid mystery with a very intriguing storyline. To be honest the motive I had in my head was completely different and to be fair I think mine was better, it was much, much darker and would of had a good twist,but alas. The conclusion is good and the story end is fantastic... This opens up so many opportunities for future stories. There are some ideas I have that I would love to see come in to play. Eve's twins getting involved in a mystery and going undercover. A family trip to Wales or Torquay and something happens. I want to see more of Viv as the comic relief as she is wonderful and I want to see more of Eve working with the nice detectives on a case as a consultant with Viv...

Busy body who doesn’t get any smarter every time someone attempts to bash her skull in. And her strong silent type former cop in witness protection hides behind the bushes wringing his hands while she saves him yet again. Ridiculous. Not buying another silly Claire Chase novella.