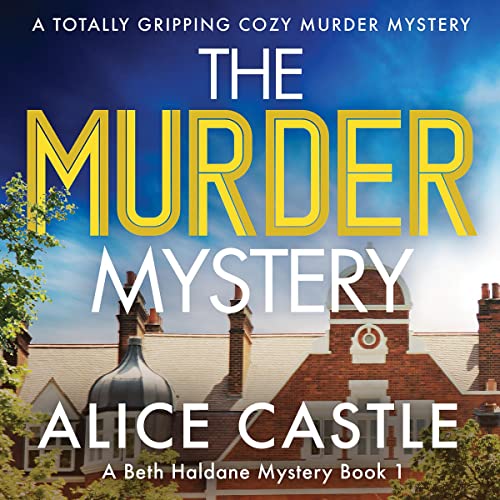 By: Alice Castle
Narrated by: Imogen Church
Try for £0.00

It’s a crisp spring day in Dulwich Village when Beth arrives at the intricate iron gates of Wyatt’s School for her new job as the historian’s assistant. But on a lunchtime stroll admiring the pristine grounds of this 500-year-old institution, Beth is shocked to stumble over the body of her new boss, Alan Jenkins, spectacles askew, his mustard-yellow tweed jacket covered in blood.

Gossip about outsider Beth spreads like wildfire. The parents in the playground are all whispering: Did she bump him off to get her hands on his job?

Desperate to clear her name and protect her own little boy, Beth turns her research skills to hunt for the true killer. She soon discovers Alan rubbed his fellow teachers up the wrong way; could the handsome headmaster be involved? Why did Beth see a flash of the school receptionist’s bright pink sweater at the murder scene? And what is the groundskeeper hiding?

When Beth returns from her sleuthing to find her office in disarray and documents missing from the archives, it’s clear this prestigious school hides a deadly secret. But with parents and teachers panicking that the long-protected reputation of Wyatt’s is under threat, will Beth herself be in the murderer’s sights before the school bell rings?

Wander down the cobbled streets of Dulwich, where nothing is as perfect as it seems!

This book was previously published as Death in Dulwich.

What listeners say about The Murder Mystery

That was a solid mystery story!

I think Alice Castle is my new favourite author. This was fantastic, there are some great laugh out loud scenes and a few moments when you are thinking WTF is happening. I'm not going to spoil the story! But Alice's execution of writing a compelling book is excellent. Imogen Church's performance as the narrator is absolutely wonderful! There is one moment in particular with a dinner lady where I was laughing really hard, it reminded me of being back at Boarding School in the 90's. You can tell she is enjoying telling the story, the voice range she has is very impressive. I thoroughly enjoyed this book and can't wait to hear the next one. I binged this in two days!

Not worth the money

The more I listened to the book, the more I disliked the main character. She was whiny, judgmental, and ignorant. Her negative assessments of the other characters seemed to be reflections of her own character. She complained of others entitlement and yet her actions spoke of her own, especially in regards to the detective. She withheld information from him several times and then couldn’t understand why he wouldn’t give her information he had about the case. I found her behavior barely tolerable and wish I had not taken the time to finish listening, but I had hoped she might have a revelation and change.

I couldn't get into this book. The characters and story are flat. I returned it.