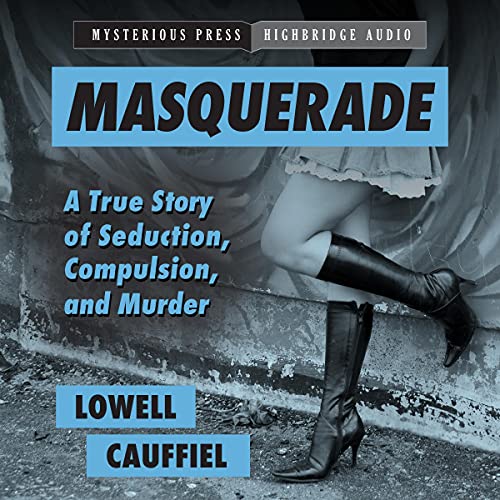 By: Lowell Cauffiel
Narrated by: Chris Abernathy
Try for £0.00

A psychologist's secret life on the seedy side of Detroit gets him entangled with a prostitute - and her murderous pimp - in a "compelling work of true crime" (Detroit Free Press).

In the exclusive suburb of Grosse Pointe, Alan Canty was a respected psychologist, with clients drawn from wealthy families across Detroit. But at night, he ventured into the city's seedy south side, where, under the name Dr. Al Miller, he met with prostitutes. One girl in particular caught Dr. Al's eye: a skinny teenage drug addict named Dawn, an ex-honor student who had fallen under the spell of a pimp named Lucky. Canty became their sugar daddy, spending thousands to buy them clothes, cars, and gifts. But when the money ran out, Canty's luck went with it - and he was soon found hacked to pieces, his body scattered across Michigan.

Covering the trial for the local press, Lowell Cauffiel became enthralled by this story of double lives and double crosses. In this thrilling true-crime tale, Cauffiel shows what happens when deception turns fatal.

What listeners say about Masquerade

True Crime is my 'thing'. Over the years I think you can experience all manner of highs and lows when it comes to listening to audio books. Due to the nature of my work (tedious manual work which means I need external mental stimulation) I could listen to true crime all day but eventually you realise resources are dwindling and re-listening to books from three or four years ago just doesn't cut the mustard.

I have to say I was immensely relived once I got in to Masquerade by Lowell Cauffiel.

I loved this from the get go to the end. Every element that an audio book is measured by came up trumps for me. The narration, the story, the novel, the lot.

I have to put this non-fiction story in the same category as "The Executioner's Song". Primary sources are very important. Just like the letters in Norman Mailer's masterpiece, the interviews Mr. Caffiel has conducted to create this book, they provide a very intimate story. The fact that he got

I Tried, I Really did!

I was first inspired to read this book because it stated it was true, but the more i listened to it the less enchanted i became, A few characters held up for a great deal of the time, until it seemed hundreds of (extras) where thrown in but for ever reason did nothing to improve the story. The plot not only did not thicken, but got weaker & looser until it was nauseum. i have never read a book that made me scream, pull my hair out & want to barf like this book did. In fact the only thing i think this author could do was talk about prostitues, drugs & how to shoot up. What a waste of time!