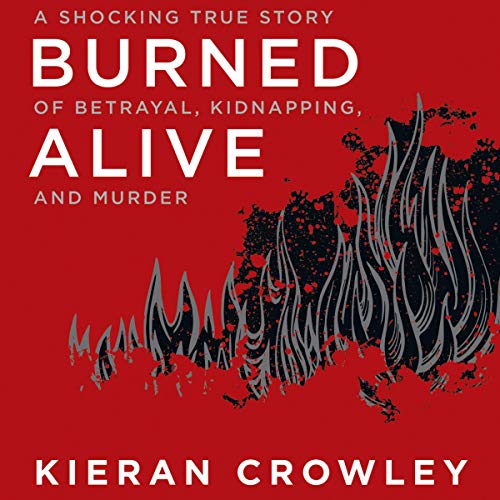 By: Kieran Crowley
Narrated by: Danny Campbell
Try for £0.00

Ash Wednesday
Beautiful, bubbly, 20-year-old Kim Antonakos was returning to her New York City apartment after a night of clubbing with a friend. A business major with wild black hair, long polished fingernails, and a new Honda her loving father had bought her, Kim took good care of herself and looked forward to a bright future. But on her way home in the early morning darkness of that Ash Wednesday, Kim was abducted - and her mysterious kidnappers would be the last people to see her alive.

Scorching Betrayal
As Kim's father, wealthy computer executive Tommy Antonakos, launched a widespread, feverish search for his daughter, he had no idea that her abductors were right under his nose. A cold mastermind had ordered Kim to be bound, gagged and left in the freezing basement of an abandoned house, hoping to extract ransom from her father. When the plans fell through, he and his henchman panicked, returned to the basement and doused a near-frozen Kim with gasoline, setting her on fire.

Burned Alive
When the fire was extinguished, all that was left of the lovely coed were her charred, lifeless remains. What would drive the kidnappers to commit such a cruel and senseless murder? How did their plans to cover their tracks result in another killing? And how were the murderers finally snared? Listen to all of the fascinating facts in a startling expose of extortion, murder, and ultimate justice.

What listeners say about Burned Alive

Any true crime story involving the loss of innocent life is tragic. So many times while writing these reviews we gloss over the utter horror and terror experienced by the victims. (as I have done in past reviews) No, this isn't a forum for the loss of loved ones but personally felt remiss having never addressed that in previous reviews.
This story motivated the writing of the previous paragraph as I often felt the breath sucked out of my lungs while listening. Have heard stories from pilots discussing how during times of no/low visibility you can lose track of up and down, left and right. This is how I felt during so many parts of this book. The book is very well written (which is the norm for Crowley) and Danny Campbell is one of, if not my favorite narrator. With a gritty resonance, Mr Campbell tells the story while still being able to alter tones to capture the softer side of characters.

story was good but the narrator's voice was terrible. sounded old and shaky. I felt like I wanted to clear my throat through the whole thing

Sad but always the way kidnapping goes. Rarely does victim survive kidnapping for money bc the perps are idiots!
The story is written very well. I was attached to my phone the whole time I listened. Couldn’t put it down. One of the better true crime books I’ve read/listened to lately.
It’s a shocking crime. Idiot defendants. Deserve death penalty for killing this girl. Though she does have sketchy friends. Why did she hang out with so many thugs? Not blaming her at all, just wish this story ended differently. Heart breaks for her father.

great book but so sad. I hope to never have to deal with something like that