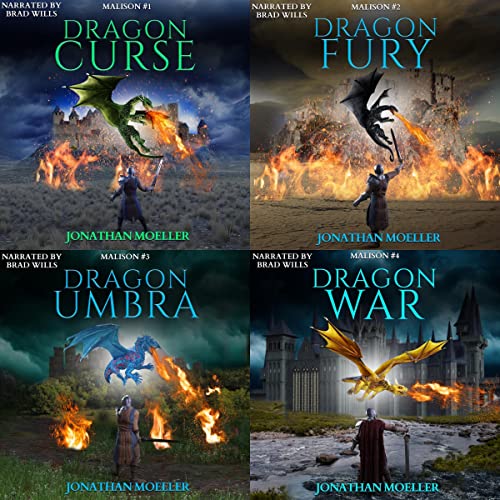 By: Jonathan Moeller
Narrated by: Brad Wills
Try for £0.00

All four books of the internationally best-selling Malison series, combined in one volume!

The histories of Old Earth record that in the Year of Our Lord 778, Charlemagne’s rearguard, under the command of Count Roland of the Breton March, was ambushed and slain to a man.

But Roland and his men were drawn through a magical gate, to a new and strange world of magic and deadly creatures. A world where every man, no matter what his estate or rank, no matter how poor or common or rich and influential, was born with the power of magic.

But the magic of this world carries a deadly curse, and the price for abusing its power is ruinous.

This, then, is the story of the kingdom they built, and the knight who would decide its fate.

What listeners say about Malison: The Complete Series

The first book was a bit long winded to start with but overall this trilogy was pretty good with some unusual characters.
The narration was a bit much at times with the posh exaggeration of words that don’t have an R in them.