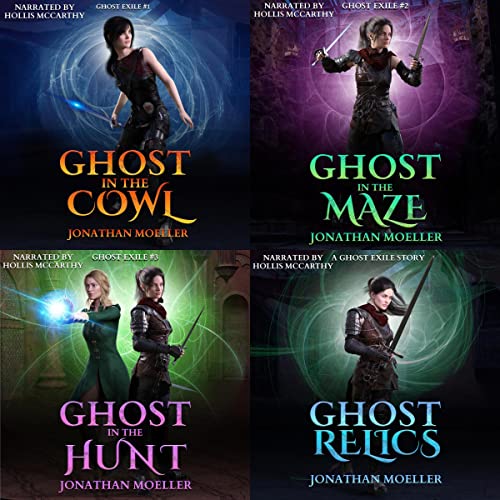 By: Jonathan Moeller
Narrated by: Hollis McCarthy
Try for £0.00

Caina Amalas was a nightfighter of the Ghosts, the spies and assassins of the emperor of Nighmar, and through her boldness and cunning, she saved the empire and the world from sorcerous annihilation. But the victory cost her everything.

Now, she is exiled and alone in the city of Istarinmul, far from her home and friends. Yet, a centuries-old darkness now stirs in Istarinmul, eager to devour the city and the world itself.

And Caina is the only one that stands in its way...

About the author: Standing over six feet tall, Jonathan Moeller has the piercing blue eyes of a Conan of Cimmeria, the bronze-colored hair of a Visigothic warrior king, and the stern visage of a captain of men, none of which are useful in his career as a computer repairman, alas.

He has written the Demonsouled series of sword and sorcery novels, and continues to write The Ghosts sequence about assassin and spy Caina Amalas, the Computer Beginner's Guide series of computer books, and numerous other works.

What listeners say about Ghost Exile Omnibus One

This is a good continuation of the Ghost series. Can't wait for the next set of audiobooks.

One of the best books I’ve read yet