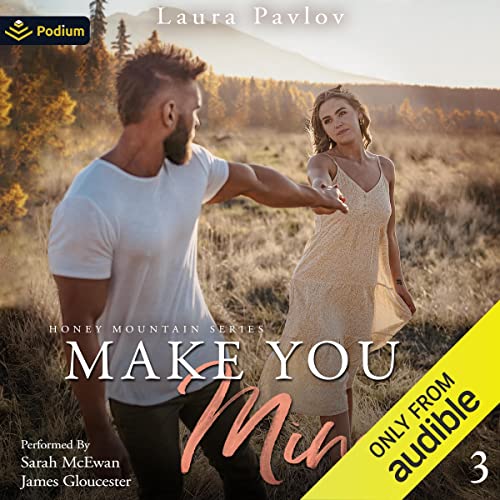 By: Laura Pavlov
Narrated by: Sarah McEwan,James Gloucester
Try for £0.00

A sexy firefighter. A much younger Nanny. The heat between them could burn down a small country. He doesn't believe in forever. And she won't settle for anything less.

Jace King is a smoking hot firefighter, a single dad and my new boss. He's also the most beautiful man I've ever laid eyes on.

It's totally fine to secretly crush on the guy you Nanny for, right?

Did I mention that he's also a decade older than me, works with my dad and he's a close family friend?

If you looked up OFF LIMITS in the dictionary, you'd find an eight by ten photo of my sexy boss. But something happens every time we're in a room together. The attraction is almost overpowering.

Jace is insistent that we can't act on it...and I've always been a rule follower. But maybe sometimes rules are meant to be broken.

What listeners say about Make You Mine

This is a cute story without a whole lot of angst. To be honest, it was pretty even with the exception of one slightly angsty twist. This is the 2nd book I’ve tried from this author and her books are a bit boring. Not bad, but just not much going for them for entertainment.

Loved it! Ready for the next 2!

Loved the story, the characters, and the narrators. So ready for the next 2 in this series.